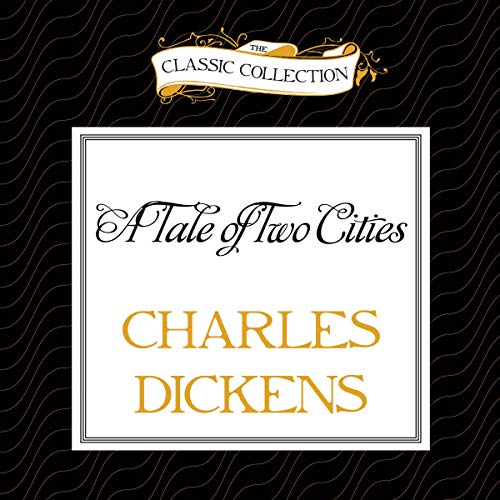 A Tale of Two Cities

Dickens' two cities are London and Paris during the time of the French Revolution. Dr. Manette, a French physician, having been called in to treat a young peasant and his sister, realizes that they have been cruelly abused by the Marquis de St. Evremonde and his brother. To ensure Dr. Manette's silence, the Marquis has him confined for eighteen years in the Bastille. As the story opens, the doctor has just been released. He is brought to England where he gradually recovers his health and his sanity.

Charles Darnay, concealing his identity as the cruel Marquis' nephew, has left France and renounced his heritage. He falls in love with Lucie, Dr. Manette's daughter, and they are happily married. When he is called to Paris to save a servant condemned by the mob, Darnay himself is imprisoned, setting off a chain of events which will entwine the lives of Darnay and the degenerate barrister Sydney Carton in ways that reveal the profound effects of revenge, love, and redemption.

This novel is part of Brilliance Audio's extensive Classic Collection, bringing you timeless masterpieces that you and your family are sure to love.

Classic not to be missed

Having known the basics of the story and not much else I embarked upon this audiobook. It was fairly well read, though some of the character voices were a little grating. Still, the talent to produce so many voices is quite remarkable.
As to the story itself - astonishing. And I admit I'm a bit of a blubbering mess as I type this, just two minutes after finishing the book. So dang affecting and uplifting. Such a horrible time and place to have lived through. It's a reminder that while there is always darkness and evil in the world, there is also goodness and light, and it is by our own choices that we brighten or darken our lives, the lives of those around us, and the world as a whole.
Highly recommended.

I could not tell the difference between speakers so the story was lost in the rubble of voices.

Hard to follow. got confusing was unsure at times. had to have someone that read the book explain