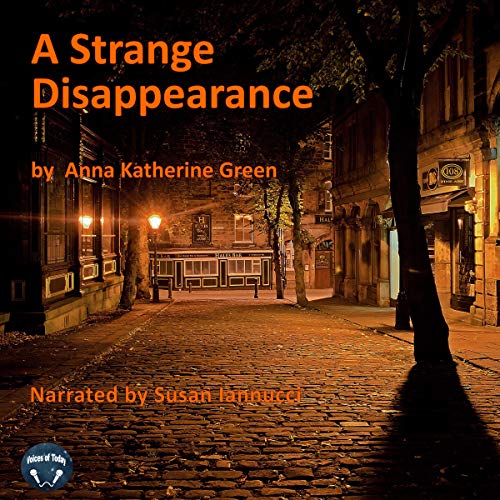 Anna Katherine Green wrote A Strange Disappearance in 1879. It is her second Ebenezar Gryce work in a series of 13. Green is known as one of the first writers of detective fiction in America, and she is credited with influencing later writers Agatha Christie and Conan Doyle. She has given us models of nosy spinsters and young female secret sleuths that appear frequently in the mystery genre.

In A Strange Disappearance, we have a small cast of characters, richly described and all engaged in discovering how and why a servant woman has disappeared from Mr Blake’s mansion in the middle of the night. A classic mystery!