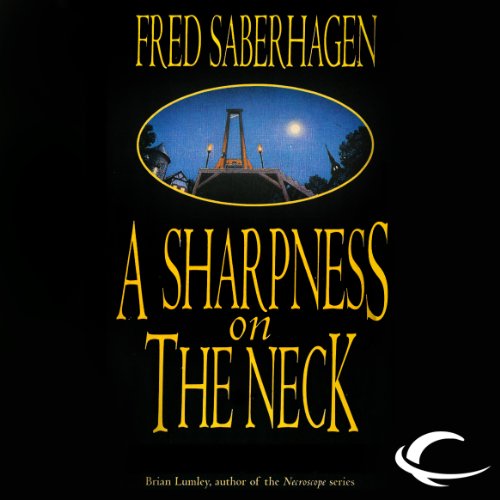 A Sharpness on the Neck

A Sharpness on the Neck

In 1792, Phillip Radcliffe becomes caught up in the Terror of the French Revolution and unwittingly saves the life of Prince Vlad Dracula, the most honorable of the Nosferatu, bringing down the eternal vengeance of the Prince's evil brother on himself and his descendants.

I adore this book series

Oh, yes. Most of my friends have the same tastes and interests as myself and we miss more classical depictions of vampires, vampires that can turn into wolves, bats and mist. Also there is fantastic characterization and interaction in the story. Very few people think to consider portraying Radu The Fair as a vampire as his brother, Dracula has been portrayed for over a century. It's a great book from a brilliant book series and I hate that so few people seem to know about it.

What was one of the most memorable moments of A Sharpness on the Neck?

There are so many great moments but when Dracula's sleep is disturbed by his brother's followers the fight scene is intense and the way he avenges the girl is quite satisfying. I love that our narrator is a "dishonest" one in that if you pay close attention you can catch the truth but he doesn't directly reveal it in some scenes.

I like his humorous and lively portrayal of the main narrator, Dracula, himself.

In this book there are things that even our protagonist does that disturb me more than move me. However when Phillip thinks he's dead, that is darkly funny scene.

It's sad to know that there is just one more book in this series and that there shall never be anymore. Fred Saberhagen should not have passed away when he did. It was too soon. I regret discovering these books only after he had passed away.