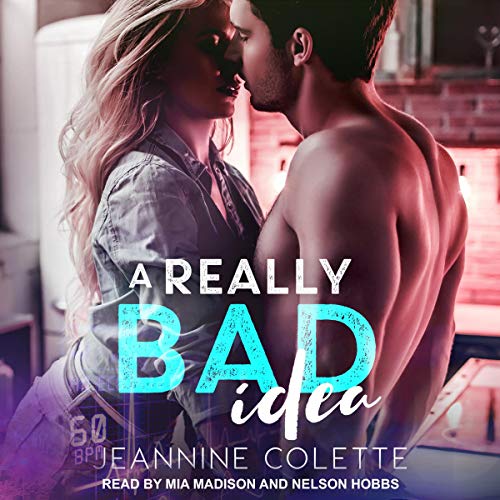 When my mother approached me on my 33rd birthday with a brochure for egg freezing, it was a glaring reminder that my biological clock is ticking toward its expiration date. I've always dreamed of being a mom and had a plan - one that was destroyed when I caught my professional hockey player husband in bed with another woman.

Despite my broken heart, I still believe in love. I want the happily ever after, but I also want a child desperately and won't settle in order to make it happen. That's why when I decided to take my mother's advice, Christian came up with his own plan: Let's have a baby together.

It's a bad idea. A really, really bad idea. And yet...I can't stop thinking about how great it could be. There's just one condition. Before we have sex (oh, yes, we're doing this the old-fashioned way!), Christian is adamant we go on three dates. Sounds easy, but it's not. I thought sex would be the hard part, but the dates are only making me fall for the man I've known almost my entire life.

This Book has a lot of awe moments

I think I liked this one so much because it was very realistic and relatable. Christian and Meadow were destined to be together right from the start and the HEA was not surprising. But the good story line and character building kept you wanting to read all about their journey. would recommend this book as a sweet read with a little heat but not so much that it leaves you flushing if you read it in public 😉

Need more of some Lee 😥

I always like to listen to books with dual narrators... 1-most of the male narrators have the sexiest voices ever.... when it’s performed by 2 it brings the book to life...that’s why I purchased the book...
BEWARE——-LEE Samuel’s ONLY READS 1 SMALL CHAPTER 🤬😡🥵😤
Otherwise it gives the basic best friends/ needs a baby book—- but with some twists and turns 2 make it stand out...
If u like sweet best friend romances