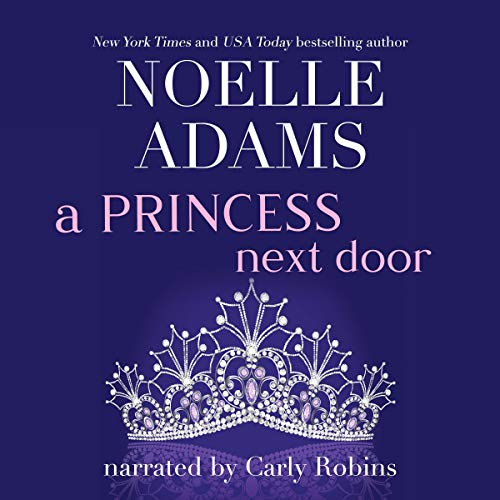 A Princess Next Door

I was born the oldest princess of a tiny country in the Alps, which means my future has been planned out for me since I was an infant. I was supposed to marry a rich, arrogant stranger to help restore the royal bank accounts, but I decided to go to college in the States instead. It was the one act of rebellion in my very sheltered life.

That's how I met Jack Watson. He lives next door, and he's the nicest, sexiest guy I've ever known. My time here is almost over, though. Soon I have to go back home and be the daughter my family and country expects. So there's no sense in letting Jack seduce me with his slow smile, his skillful hands, and his husky drawl.

Even if I was allowed to have him for a boyfriend, Jack hates formal occasions, pretentious people, and being the center of attention. He'd never hook up with a princess.

Which is why he can never know who I am.

This is part of audible's audible escape, and I'm glad I didn't spend any additional money on it.
Bland characters, not much of a story, but a graphic sex scene to make up for the lack of content.
It wasn't even funny, so all in all, it is a good thing it's a short book.
The narration was fine, though.

A Princess Next Door

It was an ok story,
Jack is cute and I loved that he was older than Amalie. They start out as friends first but you can tell there is chemistry.

I didn’t like that she kept so much from him when he was always so open with her.

I like Amalie I think she is too scared to stand up for herself until Jack pointed out that she can’t live her life for someone else.
Not a big fan of her sister but her dad cracked me up.

I loved the narration.

I would continue with the series but I can’t see spending 3 credits on less than 4 hours each for the next 3 books.

This was a cute, easy read. Amalie is a princess of a small country who came to America for college. She meets her hot neighbor Jack and starts to form a relationship with him, but is afraid that if she tells him she's a princess, he'll run away. They were good together and I like how he treated her well. There was some drama about her duties to her family and country and trying to make both worlds mesh. The narrator had a chipper voice that matched Amalie pretty well.

I liked the book well enough. I typically like the narrator but she let the European accent slip off and on through the performance and I almost didn't read the book because of that.

Short and sweet. I kinda wished it was a bit longer but it was still good.