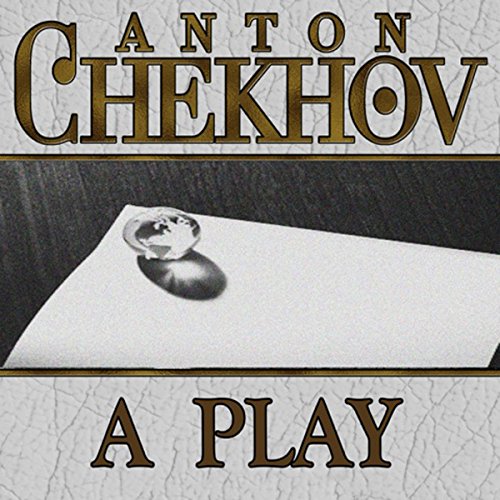 Pavel Vassilyevitch finds himself meeting with an unwanted visitor one day after lunch, an odd woman beseeching him to give him just a half hour of his time. Madam Murashkin wants Pavel to critique a play that she has written before she sets off on a voyage, and insists it will take only a half hour of his time. Unable to deny her relentless pitiful pleas, Pavel gives in and Madam Murashkin launches into her play - which turns out to take much longer than half an hour to get through. Pavel finds himself unable to focus on the woman's play, but she does not seem to notice. She continues on and on with her play, while Pavel seems to start losing his mind listening to her drivel.

Anton Chekhov (1860-1904) was a Russian writer and playwright, considered by many to be one of the best writers of short stories in the history of literature. Chekhov was also a successful physician, but writing was his true passion. He was quoted as saying "Medicine is my lawful wife and literature is my mistress."