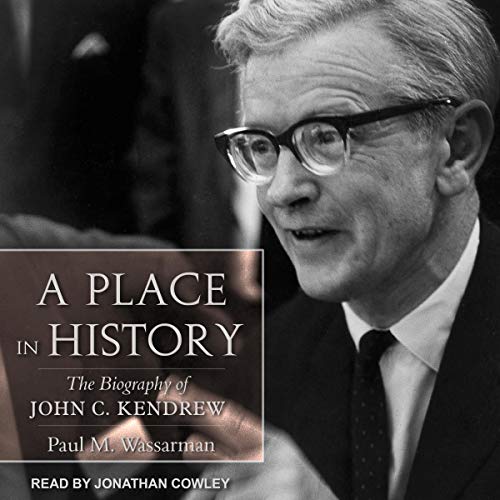 A Place in History

John C. Kendrew (1917-1997) was a pioneer in structural biology and a catalyst for the emergence of molecular biology in the second half of the 20th century. He was the first person to determine the three-dimensional structure of a protein at atomic resolution and, for this, was awarded the Nobel Prize in Chemistry in 1962. Kendrew ultimately became an international organizer, administrator, and advocate for science, and his expansive legacy lives on today.

In this book, Paul M. Wassarman, a postdoctoral fellow with Kendrew in the late 1960s, delves into Kendrew's personal and scientific life to uncover the background, traits, and experiences of the man responsible for so many achievements within science and beyond. Wassarman shares previously unpublished stories of Kendrew, including his vital role in the rise of molecular biology at three world-famous scientific institutions: the Cavendish Laboratory, Laboratory of Molecular Biology, and European Laboratory of Molecular Biology.

Kendrew was an unwavering advocate for British and European science and one of the most gifted, influential, and accomplished figures in 20th century science. A Place in History is a groundbreaking account of Kendrew's life that is perfect for anyone interested in learning about the person behind the many achievements.