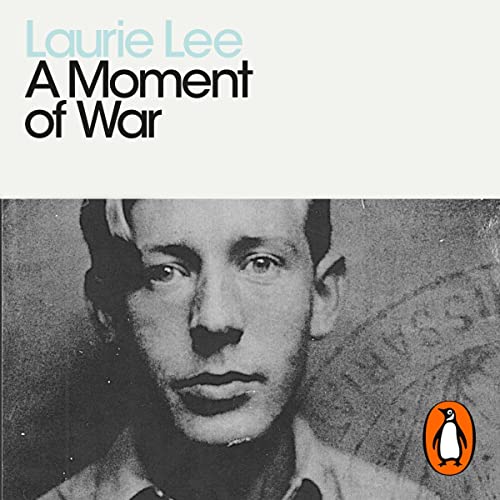 A Moment of War

A Moment of War is the powerful and harrowing final book in Laurie Lee's acclaimed trilogy that began with Cider with Rosie.

Laurie Lee was still a young man when he decided to fight for the Republican cause in Spain's civil war. But though he braved icy, storm-swept mountains alone to contact Republican sympathisers, he was immediately suspected of being a Nationalist spy. Imprisoned and almost executed by his own side, he eventually joined the International Brigade. This is the story of his experiences as a Republican soldier, fighting for the losing side in a doomed war.

Laurie Lee has written some of the best-loved travel books in the English language. Born in Stroud, Gloucestershire, in 1914, he was educated at Slad village school and Stroud Central School. At the age of 19, he walked to London and then travelled on foot through Spain, where he was trapped by the outbreak of the civil war. He later returned by crossing the Pyrenees, as he recounted in A Moment of War. In 1950, he married Catherine Polge and they had one daughter.

"A great heart-stopping narrative of one young Englishman's part in the war in Spain...crafted by a poet, stamping an indelible image of the boredom, random cruelty and stupidity of war." (Literary Review)