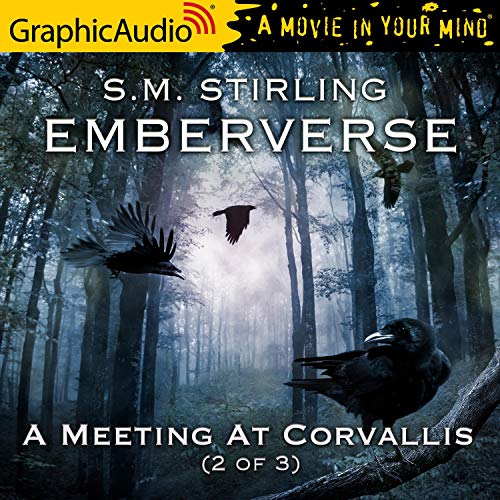 A Meeting At Corvallis (2 of 3) [Dramatized Adaptation]

Tensions between the Bearkillers, the Mackenzies and Mount Angel alliance, and Norman Arminger’s Portland Protectorate Association have finally come to a head, as the Protector’s armies invade the Western Territories.

Mike Havel faces down the deadly Lord Alexi Stavarov and his combined forces at the now ruined city of Salem. Meanwhile, Lady Juniper and the Clan Mackenzie take to the hills with a guerrilla style campaign against the Marchwarden Conrad Renfrew.

Will the Mackenzie and Beakiller’s supposed allies in Corvallis ever move to assist them against the tyranny of the Dread Lord? And what of the mysterious Abbott Dmwoski in his fortified Mount Angel, will he and his monks emerge in time to turn the tide of the war?

I love how this sounds. its really immersive and just a lot of fun the listen to.