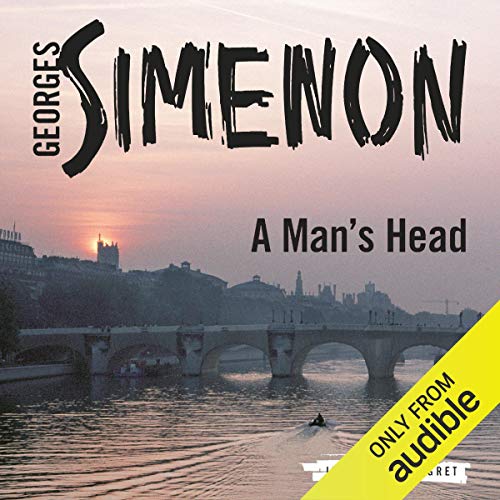 Slowly the Czech was becoming animated, but in a muted way, so typical of the man. Maigret now noticed his hands, which were long, surprisingly white, and dotted with freckles. They seemed to reach out and take part in the conversation. 'Let's be clear that it's not your professionalism which I question. If you understand nothing, and I mean absolutely nothing, it's because from the very start you've been working with facts which had been falsified.'

Set in the in the atmospheric and squalid streets of Paris, Maigret sets out to prove the innocence of a man condemned to death for a brutal murder. In another one of Maigret's unconventional and audacious plans, he arranges the escape of the condemned man in an attempt to prove his theory. The presumed murderer goes on the run across Paris and its suburbs, dropping misleading clues along the way and leading Maigret into the labyrinthine twists of the mystery. Maigret is in for more than he bargained for, as he encounters rich American expatriates, dangerous foreigners and their hidden motives.

Georges Simenon was born in Liège, Belgium, in 1903. Best known in Britain as the author of the Maigret books, his prolific output of over 400 novels and short stories have made him a household name in continental Europe. He died in 1989 in Lausanne, Switzerland, where he had lived for the latter part of his life.

another good book interesting storyline performed magnificently. feel like good mystery who done it is a great series