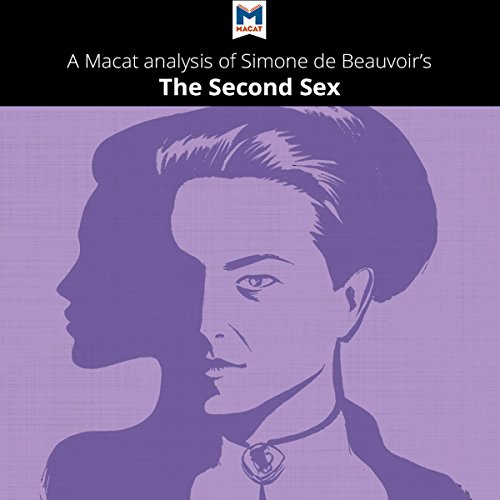 A Macat Analysis of Simone de Beauvoir's The Second Sex

The Second Sex caused an uproar when it appeared in 1949, as French writer and existentialist philosopher Simone de Beauvoir set out her groundbreaking ideas on what it meant to be a woman.

De Beauvoir's book charted the oppression of "the second sex" in terms never before seen in the academic world. Her most startling theory became a rallying cry for the feminist movement: "One is not born, but rather becomes, a woman." She argued that gender identity was shaped by upbringing in a world ruled by men.

A leading light in the existentialist movement, de Beauvoir applied the radical philosophy of personal choice and freedom to argue that women were subjugated in every area of life. She claimed that powerful cultural myths, the rules of society, and ideas about acceptable sexual behavior combined to rob women of both their individuality and their voice.

Decades on, de Beauvoir's work is still the subject of intense debate - provoking anger and admiration in equal measure. It is impossible to consider the women's rights movement since World War II without talking about this landmark text.

70's Movement, The Burning of the Bra

Not only an interesting book it was knowledgeable to have insite how the "Burning of the Bra" started.