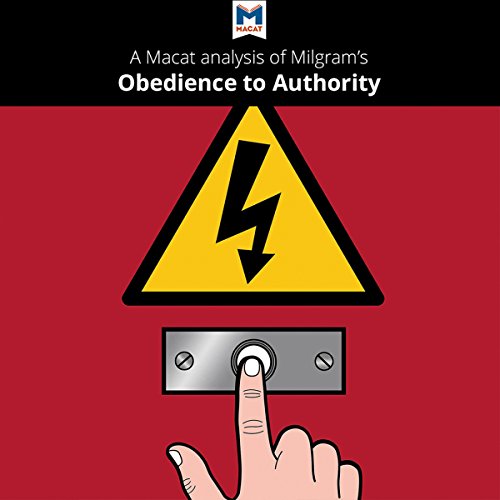 A Macat Analysis of Milgram's Obedience to Authority

Stanley Milgram was a young researcher at Yale in the 1960s when he recruited volunteers to help in a psychology experiment. These volunteers were asked to give electric shocks to "learners" whenever they got an answer to a question wrong. The "learners" were in on the deception, and were not actually receiving shocks, but the volunteers were unaware of this. To widespread surprise, Milgram reported that 40 to 65 percent of his volunteers did what the researcher told them, and gave the maximum shock to the "learners" even when they screamed in pain.

The experiment became hugely important in psychology, helping to explain the psychological mechanisms that lead people to participate in cruel and inhumane events such as the Holocaust. Milgram showed that normal people will do all sorts of immoral things if ordered to do so by an authority figure. Milgram was later criticized for exaggerating his results and unethically manipulating his volunteers; but his obedience experiments remained the crowning achievement of his career.

A bad set of Cliff notes

A vague overview of Obedience to Authority not detailed enough for a good short college paper.