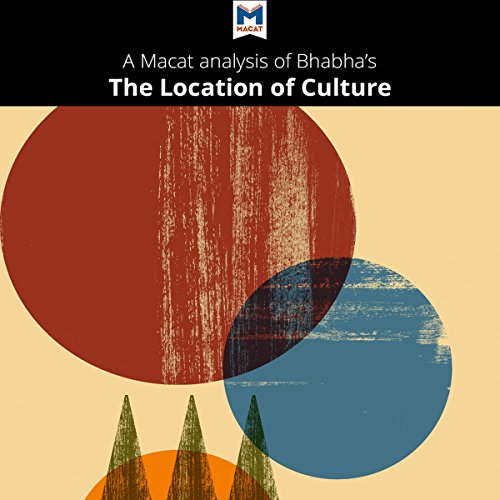 A Macat Analysis of Homi K. Bhabha's The Location of Culture

First published in 1994, The Location of Culture is a collection of essays written by postcolonial theorist, Homi K. Bhabha. Bhabha investigates concepts such as "hybridity," the notion that ideas are made up of all the different cultures with which they have contact, and "mimicry," the way in which a person or group adopts an idea from another culture, to express a postcolonial world, where we are all "in between" cultures. These concepts have been important to postcolonial studies, but have also been taken up in such diverse areas as architecture and literature. Although criticized by some for insisting that the written word was as powerful as armed resistance in the struggle against colonizing forces, Bhabha has also been praised for developing the idea that identity is not fixed. In fact, it fluctuates between different cultural influences. Bhabha's innovative work has secured his place as one of the fathers of postcolonial studies.