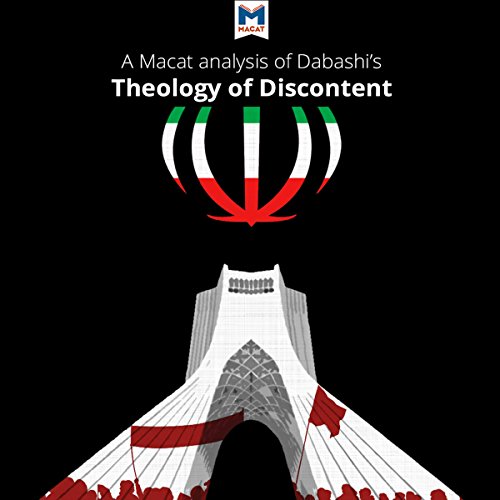 A Macat Analysis of Hamid Dabashi's Theology of Discontent

In his 1997 work Theology of Discontent, American Iranian Hamid Dabashi suggests that the Iranian Revolution of 1978-1979 would not have happened had it not been for the influential ideas of eight Iranian Islamic thinkers in the four decades before it occurred.

Dabashi surveys these thinkers' contributions to the development of Iran's system of Islamic beliefs. He says this ideology was shaped both according to Iranians' perception of themselves and according to their perception of the West. A fierce desire to resist control and reject any possible imposition of Western imperialism led to the country's revolutionary spirit against a West-friendly monarchy.

One of Dabashi's arguments - that thinkers who may often oppose each other's views will still come together to ensure their mutual survival - has proved useful outside the context of the Iranian Revolution. It has provided a way of understanding Muslim-Western relations that have seemingly stalled in the post-9/11 world. This has given Theology of Discontent a certain timelessness and has confirmed it as an important work.