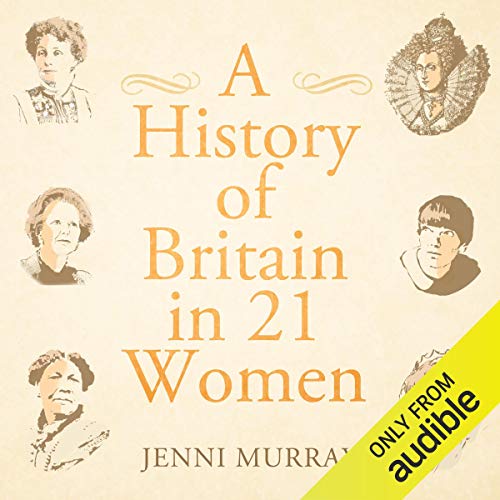 A History of Britain in 21 Women

A History of Britain in 21 Women

Britain has been defined by its conflicts, its conquests, its men and its monarchs. To say that it's high time it was defined by its women is a severe understatement. Jenni Murray draws together the lives of 21 women to shed light upon a variety of social, political, religious and cultural aspects of British history.

In lively prose Murray reinvigorates the stories behind the names we all know and reveals the fascinating tales behind those less familiar. From famous queens to forgotten visionaries and from great artists to our most influential political actors, A History of Britain in 21 Women is a veritable feast of history.

"I can't think of any more seductive way of learning about the past than meeting its principals as if they were friends in a room. That's the gift that Jenni Murray gives us." (Gloria Steinem)
"Murray chooses 21 women who changed the world, and tells their remarkable stories with her own extraordinary wit, passion and piercing insight. She is the perfect guide." (Helen Castor)