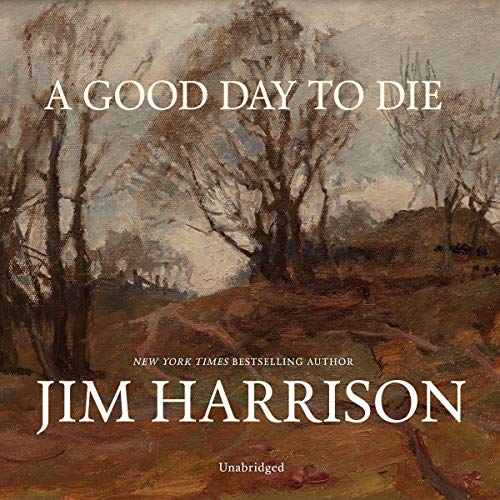 A Good Day to Die

Their plans were conceived in a drunken excitement and resulted in more horror than any of them could have imagined. There was the poet able to retreat into beatific reveries of superb fishing in cold, fast streams; the Vietnam vet consumed by uppers, downers, and violence; and the girl who loved only one of them - at first.

With their ideals ostensibly in order, they set out from Florida to save the Grand Canyon from a dam they believed was being built. Along with the tape deck for the car, the liquor, and the drugs, there was also a case of dynamite.

I have been a big fan of Jim Harrison for years. I guess I wasn’t that familiar with his early work, having read a lot of his 90’s and 2000’s work. This book, though written when he was thirty-six, reads like a roadtrip account by a frustrated, horny, fifteen year old. The plot summary suggested that the novel was about a terror attack on a Dam, it is mostly devoted to descriptions of the author’s desire to get laid, or maybe his desire not to get laid. I’m sorry but, while there are some characteristic descriptions of the country he’s passing through and his fishing exploits, it’s just boring and ultimately silly. At the risk of deterring future purchasers and readers I have to declare it a waste of time and money. Please read Legends of the Fall, Dalva, Sundog, Wolf, True North, et al. for some really fine Harrison writing.

i love jim and the musical way he writes his craft. this one is a bit more melancholy than the other three of his books i have consumed. it inspires, frustrates and leaves one wanting. upon writing this review i have only had but a few minutes to digest this novelette but i can feel its sting. wine helps.