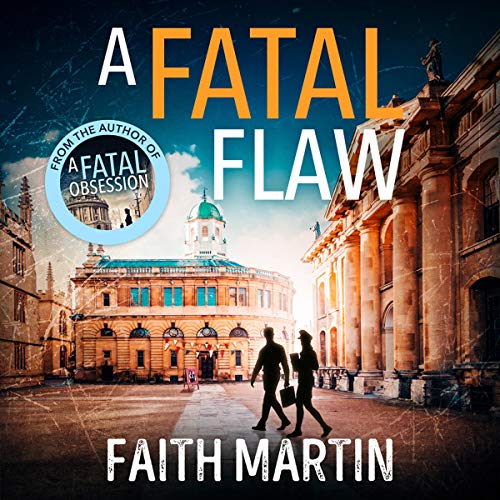 As the city of Oxford prepares itself for the inaugural Miss Oxford Honey Beauty Pageant at The Old Swan Theatre, excitement is in the air.

But when one of the leading contestants is found dead, suspicion hangs over the competition.

Poisoned, the authorities assume her death was suicide. But after a malicious series of pranks and blackmail attempts are reported, WPC Loveday and Coroner Clement Ryder are called upon to solve the case.

In an atmosphere of fierce competition, the list of suspects is endless. Could what have started as harmless fun become a deadly race to win the prize?

With time running out, the duo need to spot the killer before tragedy strikes again....

A gripping murder mystery, perfect for fans of Agatha Christie and M.C. Beaton.

I really like this series featuring an unlikely pairing of a probationary officer and a cornerer with his own issues.
The character development is amazing. The two make a great team. This storyline differ freely from their previous cases, but was necessary for the advancement of the series.
This book finds them in the world of beauty pageants and. up against a formidable killer. You will have to listen for details. It is worth a credit.
I am looking forward to the next one.

What fun! I enjoy this team of sleuths so much! Can't wait for the next one! The idea of teaming a young woman police constable and a near retirement coroner is genius. These stories are not too gritty but there is suspense enough with very interesting cases. Best read in order. Enjoy!!

I am a huge fan of Faith Martin and read ALL of her Hillary Greene procedurals since they haven't been released in audio format. I was absolutely delighted with the choice of narrator for this third outing of the Ryder Loveday series. Stephanie Racine was flawless. I hope to hear her narrate more British mysteries. The sense of time and place that Faith Martin imbues her stories with was captured in this 1960's Oxford setting. The story was a true whodunit since I had no clue of the villain until the coroner sleuth, Dr. Ryder and the WPC, Trudy Lovelace, who is up against all kinds of stereotyping by her chauvinist boss and male coworkers as the first female police constable at this station make a good team. I look forward to more in this series and read by Stephanie Racine!

I have enjoyed the 3 books of the series and I am eagerly awaiting the release of the 4th in September.