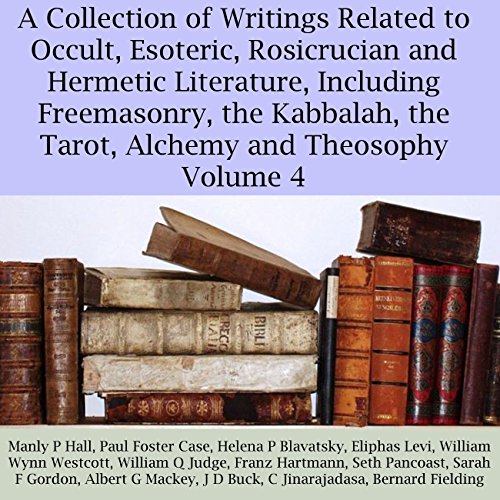 A Collection of Writings Related to Occult, Esoteric, Rosicrucian and Hermetic Literature, Including Freemasonry, the Kabbalah, the Tarot, Alchemy and Theosophy, Volume 4

This is a collection of 13 essays on a variety of occult-themed topics, covering the full spectrum of classic esoteric and related subjects, which include Hermeticism, alchemy, magic, the Kabbalah, ancient wisdom and philosophy, the Tarot, Rosicrucianism, Freemasonry, Theosophy, and spiritualism, by some of the most notable and prominent names in the history of those subjects.

This collection was compiled specifically with the student in mind. The contents include: