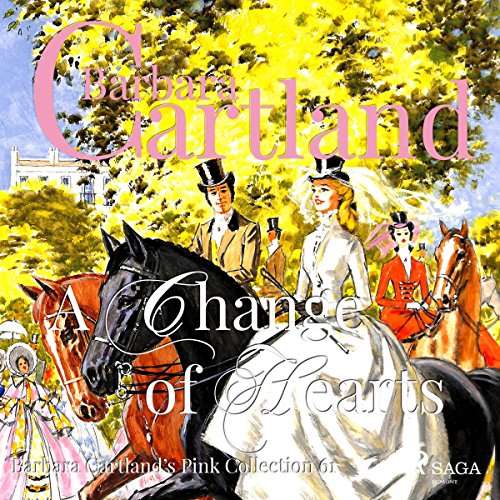 A Change of Hearts

A Change of Hearts

Neisa Moore is the beautiful daughter of a Vicar and she lives a quiet and secluded life in the country with her father. Her cousin, Carol Waverton has led a very different life in America with her immensely rich father, but when Carol comes to London for the Season, she is pursued by fortune-hunters only interested in her money. As Carol is so disenchanted, she persuades Neisa to change places with her when she is invited with a friend for a weekend house party with Sheldon, the Marquis of Denholme, who has planned a steeplechase for his guests.

Neisa arrives at Denholme Park disguised as the rich heiress and Carol as the Vicar's daughter. Then unexpectedly Neisa overhears a dastardly plot to assassinate the Marquis during the steeplechase and is able to warn him just in time. Both girls fall in love over the weekend and have to leave early when the pressure on them becomes too great. How their insurmountable difficulties melt away is told in this spell-binding romance by BARBARA CARTLAND.

Barbara Cartland was the world's most prolific novelist who wrote an amazing 723 books in her lifetime, of which no less than 644 were romantic novels with worldwide sales of over 1 billion copies and her books were translated into 36 different languages. As well as romantic novels, she wrote historical biographies, 6 autobiographies, theatrical plays and books of advice on life, love, vitamins and cookery. She wrote her first book at the age of 21 and it was called Jigsaw. It became an immediate bestseller and sold 100,000 copies in hardback in England and all over Europe in translation. Between the ages of 77 and 97 she increased her output and wrote an incredible 400 romances as the demand for her romances was so strong all over the world. She wrote her last book at the age of 97 and it was entitled perhaps prophetically "The Way to Heaven".

Her books have always been immensely popular in the United States where in 1976 her current books were at numbers 1 & 2 in the B. Dalton bestsellers list, a feat never achieved before or since by any author. Barbara Cartland became a legend in her own lifetime and will be best remembered for her wonderful romantic novels so loved by her millions of readers throughout the world, who have always collected her books to read again and again, especially when they feel miserable or depressed. Her books will always be treasured for their moral message, her pure and innocent heroines, her handsome and dashing heroes, her blissful happy endings and above all for her belief that the power of love is more important than anything else in everyone's life.