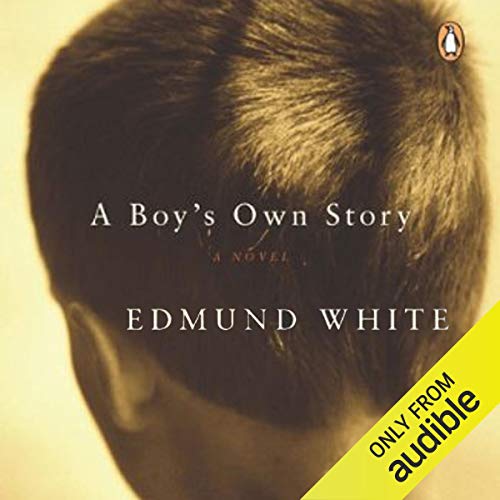 A Boy's Own Story

A Boy's Own Story

Originally published in 1982 as the first of Edmund White's trilogy of autobiographical novels, A Boy's Own Story became an instant classic for its pioneering portrayal of homosexuality. The audiobook's unnamed narrator, growing up during the 1950s, is beset by aloof parents, a cruel sister, and relentless mocking from his peers, compelling him to seek out works of art and literature as solace-and to uncover new relationships in the struggle to embrace his own sexuality. Lyrical and poignant, with powerful evocations of shame and yearning, this is an American literary treasure.

White's writing is impeccable, and despite the erudite package, the story really moves. Unfortunately, the narration was wrong. Listening to an older man read the book just seemed very wrong. I would suggest a much younger voice. Backman's voice wasn't ideal at the best of times, but there were times when he sounded like an old man imitating a toddler.

I think this book would be more thoroughly enjoyed with a different narrator or read on its own.

It's unfortunate that George Backman continues as narrator for the other titles in this trilogy. I think there is some great prose, constructing an otherwise okay plot but is completely ruined by the performance of the narrator.

I am not the right audience

I can see why this book is beloved, especially by the LGBTQIA community. I believe that Edmund White broke through some concrete walls with this story. Unfortunately it made me very uncomfortable -- not because it was LGBTQIA, but because it was a bit too explicit for me. I don't really enjoy sex scenes that are so vividly described -- straight or gay.