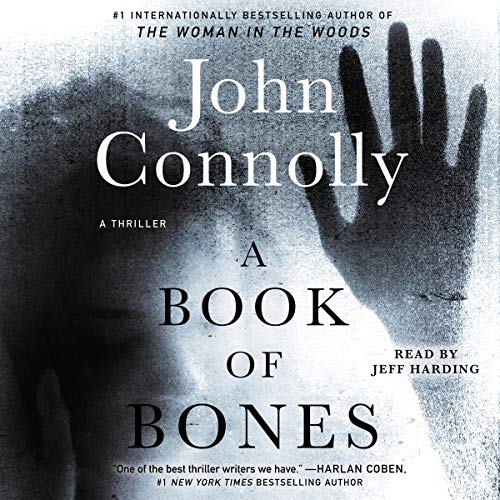 A Book of Bones

A Book of Bones

Private Investigator Charlie Parker returns in this heart-pounding thriller as he seeks revenge against the darkest forces in the world, from “one of the best thriller writers we have” (Harlan Coben, number one New York Times best-selling author) and the internationally best-selling author of the acclaimed The Woman in the Woods.

On a lonely moor in northern England, the body of a young woman is discovered. In the south, a girl lies buried beneath a Saxon mound. To the southeast, the ruins of a priory hide a human skull. Each is a sacrifice, a summons. And something in the darkness has heard the call.

Charlie Parker has also heard it, and from the forests of Maine to the deserts of the Mexican border, from the canals of Amsterdam to the streets of London, he will track those who would cast the world into darkness. Parker fears no evil - but evil fears him.

“A seamless, expansive, and chilling blend of police procedural and gothic horror tale” (Kirkus Reviews), A Book of Bones will keep you guessing until the very last chapter.

This is one of my favorite series of books, but boy do we need a new narrator! His basic narration is fine but the accents he tries for are cringe worthy and distract from a fine plot. Charlie Parker and friends deserves better!

22 hours of a meandering story where I easily lost interest with side vignettes that really didn’t add to the story. Parker books have lost their way! The narration continues to be horrible. Local dialects are terrible and I have commented before about the poor portrayal of women’s voices. No woman would ever sound this way and they all sound the same! I would be challenged to read another Parker book and being from Maine, had really enjoyed the first few!

I love all of the Charle Parker books in the series until this one. If this was my first Charlie Parker book I wouldn't have finished it. I was so excited when I saw the book was 22 hours but felt like it was 20 hours too long. it gives so much useless information that by the time it got to something useful I wasn't paying attention anymore. I really hope this isn't a sign for future books. The only positive with this audio book is the narrator who I think always does s great job. I know his accents can be off at times but in my mind he is the perfect Charlie Parker

This is one of my favorite writers and favorite series but deserves MUCH BETTER narration! Think Scott Brick or Ari Fliakos. Maybe even Craig Wasson. Harding's narration, especially with dialects,is laughable and knocked me out of the story numerous times, like something out of bad community theatre. Shame.

Disjointed and jumped around a lot.

I listened to this continuously until finished. I had difficulty following the who and what, and how it fell into place within the body whole of the story.
The author kept jumping from character to character so often. There’s so many characters to follow!
This is one big jigsaw puzzle of tiny pieces and it takes patience to follow it through to completion.

Narrator is absolutely terrible with British snd other European accents! Like the narrator otherwise but as this takes place in Europe...

.It was good story and Jeff Harding is the best Narrator who has done Parker. However I kept wondering WHERE IS PARKER This Charlie Parker book has him as a supporting character not the central. In that I was disappointed. Where he was included wasn't until near the end of the book. I hope the next is truly a Charlie Parker book throughout.

Love the Charlie Parker series, but this book went way off track with way too many characters, too many stories criss crossing countries, just too much of everything. I lost interest in it about halfway thru but continued because I want to keep track of Angel and Louie. Enough with all the mystical stuff taking over so much of every story!

I am about half way through this. I dunno if I want to finish it. Perhaps Mr. Connolly doesn't have an decent editor anymore, but most of the verbiage that I have heard so far could have, and should have, been edited out. I am wondering if, maybe, Mr. Connolly is tired of Charlie Parker. He's got him into such a straight jacket with the FBI, scared of his daughter, scared of his former partner putting restrictions on his visitation, that he is beginning to pall. Angel and Louie could have saved this book, too, but illness has deferred their repartee so not even that is evident, so far. He's lost a lot of the topics I enjoyed with the rest of the series, and this muddled mess, (again, I am only half way through!), does nothing to recover or replace those interests.

I also soooooo dislike this narrator. He went to college in Maine, but has no frakking idea how we talk, or even how to pronounce names of places around the state. For instance, "Piss ca TACK quiss" instead of "Pis CAT a quis". It made me cringe every time in the last book. I felt sure it would have been corrected in future, but, no. I also dislike the way his voice rises at the end of sentences. That, combined with this largely vacuous rambling story, means I will have to actually read this book, because I doubt I will ever listen to this mess again. This, although I listen to the series at least a couple times a year. I am no judge of his British and Scottish accents, but his whiny nasal Downeast accent sends irritation deep into my brain. For those of you who are not familiar with Maine, that accent is nearly eradicated in our state, and is rarely heard.

Oh, and, politics? Give it up.

Ooookay. I finished it. I stand by everything said above. This book may be available in abridged form. That may be better. I do hope Mr. Connolly gets a better editor, and that Mr. Harding calls me to help him with his pronunciation of Maine place names, giving up the notion Mainers all speak with Downeast accents.

Was this written by a ghost writer?

This was the most boring, self indulgent trash I’ve ever read. I have read a dozen of his books and this was staggeringly bad.