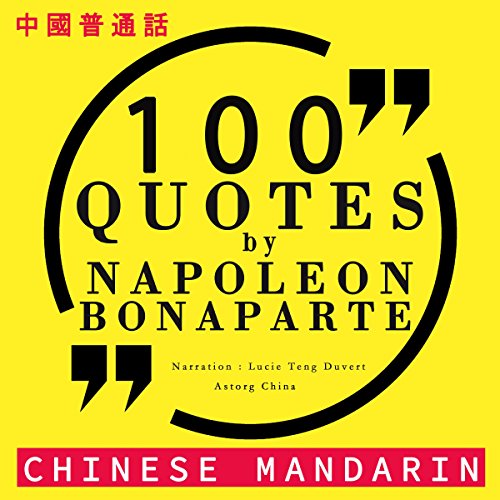 Napoleon Bonaparte was one of the greatest military figures ever. He rose to prominence during the French Revolution, after which he kept on soaring higher and higher until he was crowned Emperor of the French. He then moved on to gain control of the whole of continental Europe, before the ultimate defeat of 1815.

Today, his campaigns are studied in every military school, his liberal politics have had a strong legacy worldwide, and he remains one of the most celebrated and controversial political figures in Western history. Napoleon's style is clear, concise, sometimes passionate, always grand; we have selected for you 100 of his best quotes, for you to get acquainted with this intense figure and gain a better understanding of the history of the world he helped shape.