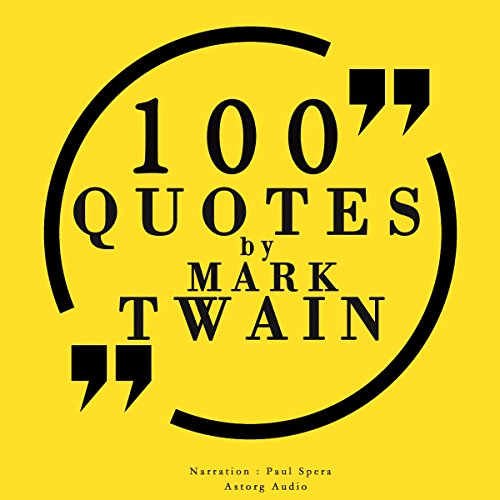 Mark Twain is one of the wittiest and most prolific writers of all time. He is mostly known for "The Adventures of Tom Sawyer" and its sequel, "The Adventures of Huckleberry Finn", which is often called the Great American Novel. He was lauded as the "greatest humorist this country has produced" and William Faulkner called him "the father of American literature". Twain began his career writing light, humorous verse, but he became a chronicler of the vanities, hypocrisies, and murderous acts of mankind. His wit and satire, in prose and in speech, earned praise from critics and peers, and he was a friend to presidents, artists, industrialists, and European royalty.

These 100 quotes have been carefully selected from his huge body of work to introduce you to his character and provide you with some of his sharpest thoughts and phrasings.

Excellent repository of Twain quotes, words of wisdom for all, relaxing listen for a rainy day