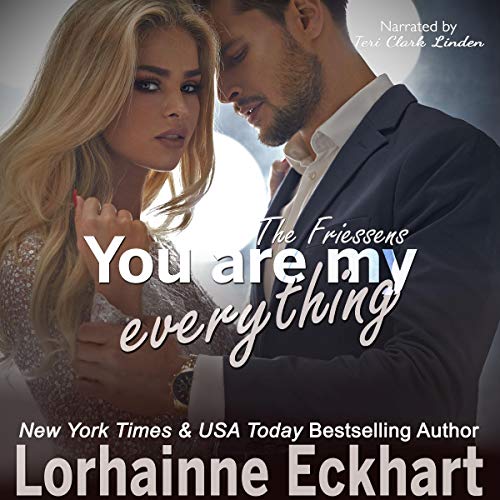 You Are My Everything

You Are My Everything

Up-and-coming hockey rookie Michael Friessen has everything going for him: a future few could hope for and parents who are his everything. He doesn’t want anything more until one weekend before he secures a spot with the Canucks, when he wakes up with a ring on his finger and the hottest, sexiest blonde sound asleep beside him.

He tries to tell himself it was a mistake...that he isn’t looking for a relationship, and despite everything about her - including the night he’s still trying to remember - he’s determined not to fall for her.

But the closer they get, the deeper he falls, until he learns that the night they met may not have been accidental.

I really enjoyed the audiobook. Both voices representing the two main characters of the story were amable and pleasant to listen to. I was just sorry for the story to end abruptly.
Maybe the audiobook I listened to was only an excerpt not the whole one.

Michael got more for his twenty first birthday then he thought, a wedding ring, and a blonde bed partner. Can be read alone, the series is good. As for this was it planned or not. He had everything going for him, Will this be the straw to break or help him. Given ARC audio which the narration was good.
For my voluntary review and my honest opinion

Loved Michael and Angie. Their story since they meet up to when they decide to try a true relationship was rocky and sweet.