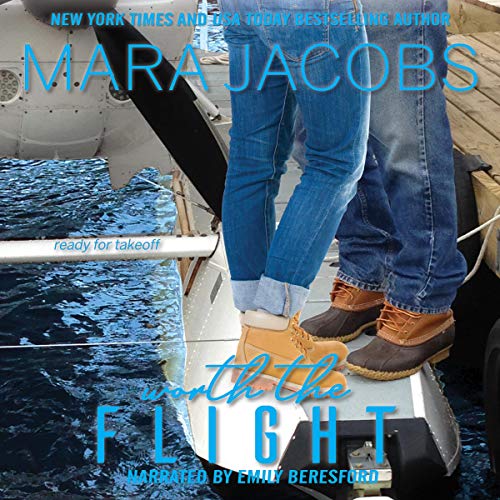 Worth the Flight: A Copper Country Romance

Worth the Flight: A Copper Country Romance

Book seven in the New York Times best-selling Worth series.

Jessica Chapman has rebuilt her life. A painful divorce behind her, she's now exactly where she wants to be as a park ranger in the Copper Country. She doesn't need - or want - anything more.

Zeke Hampton has come home after years in the navy as a fighter jet pilot. He's ready to settle down, which includes finding that someone special. But what if the woman he wants doesn't want anything more from him than a one-night stand?

Jess is dazzled by Zeke, but she's been dazzled before. For her, trust will not come easy. Zeke realizes that Jess's fears could make her take flight again. Can this fighter pilot hit his target?

Will finding each other be...Worth the Flight?

This audiobook contains 2-3 fairly graphic love scenes, and the F-bomb is detonated once or twice. If it was a movie, it would be rated R.

The Worth series thus far:

And 4.5. Totally Worth Christmas - novella (Phoebe and Charlie)