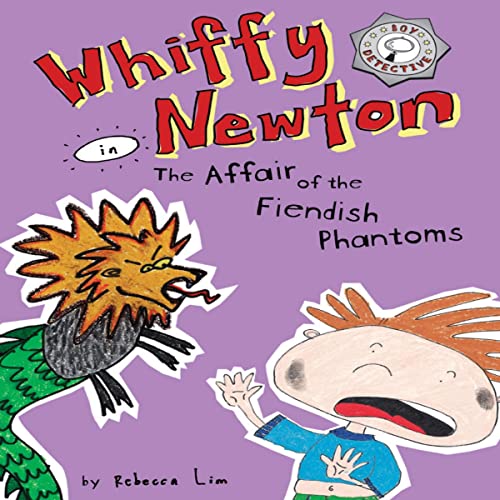 Whiffy Newton in the Affair of the Fiendish Phantoms

There are disturbing developments going on at Chez Newton—the messy home that Whiffy Newton shares with his father.

His dad’s started dating again (er, yuk), and Whiffy’s not sure if he trusts his dad’s new girlfriend, Vonda, who’s just a bit too interested in Dr. Newton’s work for Whiffy’s liking.

And, there’s a mysterious force at work in Dr. Newton’s laboratory. Whiffy’s almost convinced that it’s the ghost of his late mother, trying to tell them something—or is it?

Can Whiffy get to the bottom of the spooky goings-on before his father’s laboratory and the whole Newton way of life, are utterly destroyed?

"A very amusing book. Whiffy Newton would give even Mma Ramotswe a run for her money!" — Alexander McCall Smith, bestselling author of The No. 1 Ladies' Detective Agency.