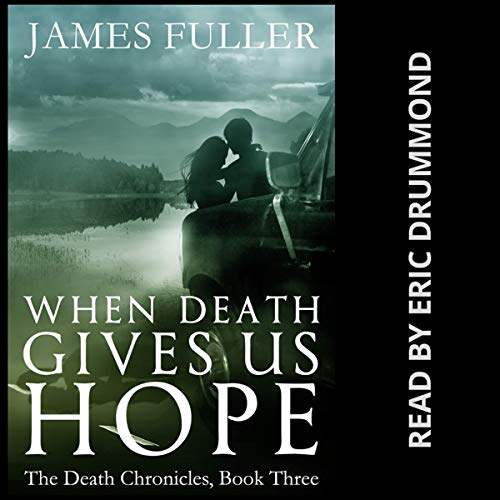 When Death Gives Us Hope

After centuries of lying dormant in the tomb the brotherhood placed him in, Salvatore Kain, the first vampire, has been freed and is out for vengeance. With the help of his ancient lover Icarus - the diabolical warlock who worked endlessly to see him reborn - they will stop at nothing to wipe out the only threat that knows how to stop them.

All Conner has worked for has been lost. The death of his brother, William, has him teetering on the edge of complete self-destruction that not even Kasey, his partner and lover, can bring him back from. The only thing that remains for him is revenge...but will that be enough? Or must he fight for something more?

Exciting from beginning to end!

What a fantastic series! Vampires, hunters, assassins, warlocks and translucent! Then add in some seriously hot sex scenes in every variety under the sun! It's a joy to all your senses. I loved Following Conner from his mission in book one that took him along a dangerous and exciting journey to book 3 when it all comes to a head. You get to meet lots of different people along the way, some good and some very bad. The author did a great job with the story and characters, I was really attached to them and invested in their plight. This final installment a battle between good and evil, is a literal fight to the death. No one is safe, everyone must fight with everything they have. Conner is so smart, determined and tough, he's the man who can finally end the vampires once and for all. I read the 3 books in 3 days, had to know what happens next! I listened to the audio version which was done so well, narrator was excellent.

One thing I like about the author: He doesn't pull any punches. He'll write whatever he feels, and damn what anyone says about it! That's my kind of author! Though I enjoyed the series, there wasn't enough world building for me. To be vampires, I thought they were kinda weak...and not that bright. Also, I wish the relationship between Conner and William were stronger--a brother's bond that can't be broken. With that aside, if you like blood, sex, and take-no-shit characters, this is your story.

A stunning end to this trilogy!

When Death Gives Us Hope is a stunning end to this fantastic trilogy. Fuller wraps up this series wonderfully with this conclusion to his vampire erotica tale.

Following our favorite characters and villains as well as a cast of new faces that join our heroes in unexpected ways, the attempt to defeat the king of the vampires gets underway.