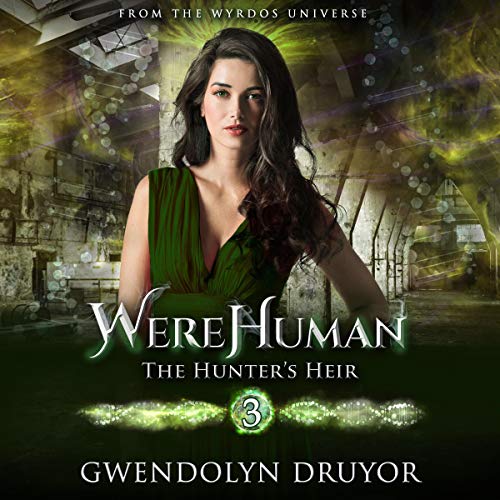 If you're not a werewolf, you're a waste of fur. That's what everybody says. Josh isn't a werewolf. He's not even sure if he's a shifter at all.

In Montana, Josh cleans up after the students of the Montana Shifter School. In Washington, his brother tracks superhuman soldiers from his high-tech lair. In Chicago, his sister solves crimes with the help of Team Wyrdos.

These dogs are WereHumans. And since they were born, the Consortium has been hunting them down to dissect them and learn their secrets.

Josh has no idea about any of this. He just wants to attend Shifter School. Instead, he's been abducted by a genetically altered psychopath with a god complex on a mission to take down the Consortium.

Josh is his bait.

If he wants to survive, Josh is going to have to reach deep down inside his furry self and figure out who he really is. Is he a shifter? Is he a servant? Could he be a killer if that what it takes to escape this madman?

Visit Gwendolyn's website for more about the author and her many diverse endeavors. And her dogs. Don't forget to check out her dogs.