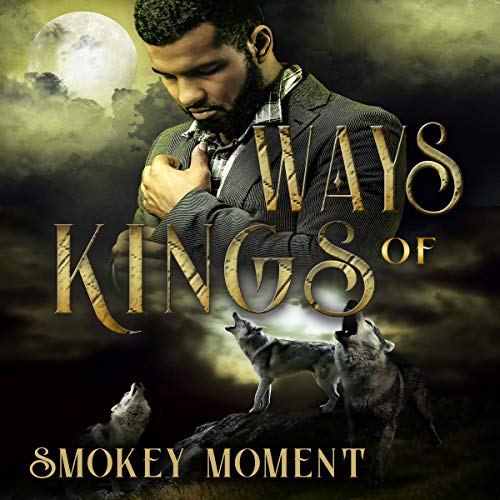 The Isling brothers are living in exile! The sons of a man who should be king. But Reidel, Saint, and Dallon Isling are supreme kings in their own right. They're wealthy, successful, and highly sought-after men. They love women. And women love them.

There is a problem, though.

A curse forbids their kind from mingling or getting romantically involved with humans. And those who break the law are dealt with swiftly.

Werewolves ignore the laws that hold their intense passions prisoner. And a physical dilemma that makes mating with humans a problem. After women are found mutilated, the leaders of the underground world seek justice. They fear exposure to the human world. Something that could end their existence.

What happens when three brothers - three Vulfus’ alpha males - try to live life on their own terms?

They love human women. American women. They want their options open. And as their father starts sending female werewolves to keep his sons from breaking their laws, the brother’s lash out in defiance. They are alphas. Kings. And kings get what they want. It isn’t long before the brothers try to find ways to get around the curse. Something easier said than done.

Will Reidel, Saint and Dallon find true love? Will they be able to exist in a world where their kind would not be welcomed? Will they forge together or will the pressures and temptations cause rifts in their bond? Will they live happily ever after?

They have money. They have good looks. They have charm. The only thing missing is love. A mated bond! The thing their kind cherishes above all else.

Listen to this intense, powerful, pause-resisting tale! A book impossible to stop listening to. If you love urban paranormal romance novels, then get ready for the adventure of a lifetime. Characters that draw you in and won’t let go! Heat level 10+.

I really loved💘 this book. The book had some slow and drug out spots. But overall, I do recommend this book. I really hope they download book two. It is hard to start a series when all books have not been downloaded. Please download the remainder of the series. Enjoy the book☺

Can this be made into a MOVIE please?!

This is my first time reading / listening to a sci-fi novel and I love it! The fact that the brothers are young, black, and handsome really stuck out to me! This was a great book! It caught my attention and kept it the entire time. This would make such a bomb movie! Definitely worth the credit!

Smokey Moment is a very good writer. I enjoyed this book so so much If you like suspense love and some turmoil read this book

good book. need another narrator tho

great story but the narrator was so boring. Loved the story line just could get pass how much the narrator suck.

l had no idea if i was going to like this book but it turned out to be very good.

I like the black werewolf theme of this book, kudos to the author for originality. I had to start over a few times because so many characters were being introduced that it was a little difficult to keep up. After I was able to get into the book, it was still lacking, maybe character development, but i struggled to stay interested. I think they needed a different narrator too.