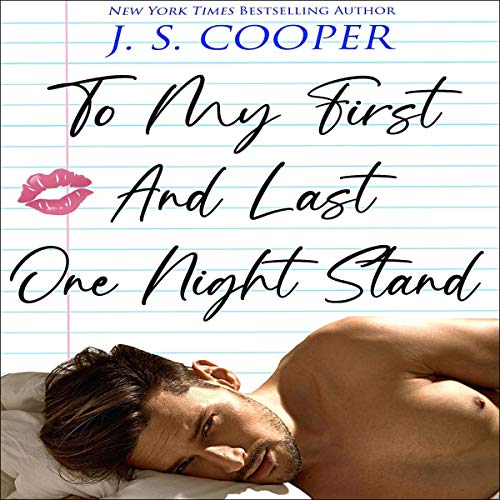 To My First and Last One Night Stand

To My First and Last One Night Stand

To Marco (No I’m not going to add Polo),

Last night was a mistake. A big mistake. Or rather should I say small? I don’t want to hurt your ego. I should have listened to your sister. You’re insufferable and rude and far too cocky. Don’t worry, I won’t be telling anyone what happened because as far as I’m concerned it never did. Please stop calling me. I do not need to come and collect my bra from you. Or the t-shirt you lent me to sleep in when I got cold. No, that one act doesn’t make you a gentleman. And no, I do not need to have your smell near me to fall asleep. In fact, it does the opposite and gives me nightmares.

P.S. No, I do not want a repeat in the office at work.

P.P.S. The texts I sent you this morning were drunk texts. I was still hungover. Do not construe them as anything else.

P.P.P.S. Could you have given me anymore love bites? There was no need to mark your territory because I am not yours!

Loved it!
Standalone with no cliffhangers.
This is a fun listen that will have you staying up late. I loved the emotion of a playboy realizing that he's falling and the girl that doesn't know if she should trust it.
Love this series.

Do yourself a favor: Get. This. Book.
It is worth every penny.

This story is really well written, has characters that are created with tantalizing depth and a captivating story line.

It grabs you right from the start keeping you engrossed and turning page after page throughout the whole book!
The narration was utter perfection, it really brought the book to life in a thrilling and passionate way.

This review has been voluntarily submitted for your consideration.

Book 3 in The Inappropriate Bachelors series and it was a great addition to the series. Loved Millie and Marco. They are both warned by Jane (her co-worker and his sister) to stay away from each other because he is a known heartbreaker and she doesn’t want to lose a friend. That doesn’t last long because the chemistry between them was so good and so hot. It was hard for them to stay away from each other. It was like no matter what he said or did, there was this intense pull that wouldn’t let go. She challenged him and made him see that being in a relationship wasn’t bad. Loved watching them navigate to their HEA. This was my first time listening to these narrators and I thought they did a good job bring Millie and Marco to life. A great listen.

Marco Is The Hopeless And Clueless Player You Will Love To Hate! Marco And Millie Discover Love Their Own Way In This Unconventional Love Story. Marco’s Visit Can Only Lead To A One Night Stand, So Millie Must Decide If A Broken Heart Is Worth The Risk.


This is the third book in The Inappropriate Bachelors series, which so far revolves around a group of five women who are hired at a new tech start-up in San Francisco and become fast friends. Magnolia, Jane, Millie, Olivia, and Birdie support one another in their water cooler conversations and often enjoy going out together after work. Note that soon there will be eight women, as owner Tate Howard’s three sisters are moving from South Carolina to San Francisco and will be interning at the 800 Club - and apparently there will be a ninth woman as well. The first book, To The Rude Guy in Apartment Five, is Magnolia's story about her rude new neighbor, Jagger, who turns out to be the boy she knew from childhood. The second book is about Jane. To My Arrogant Boss is her story about her complicated relationship with her socially awkward and incredibly obnoxious boss Tate. This book is about Jane's brother from L.A., Marco. This is his and Millie's unconventional story.

Millie, twenty-six, never felt like she belonged in Iowa. She wants to experience life to the fullest and try new things. She loves her family but she dreams of visiting cities around the world, so moving to a big city seems like a logical first step. She has been working at the 800 Club in San Francisco since it opened about six months ago, but hasn’t yet had much time to explore the city. She has been busy settling into her job and enjoying her new friendships. She hasn’t slept with a man in over a year, and watching first Magnolia, then Jane, fall in love has her thinking about finding love herself.

Marco Garcia, thirty, regrets losing his career in Major League baseball. Baseball had been an important part of his life since his father signed him up for little league in Beverly Hills. He loves the game and had good friendships with his teammates – and a lot of very good times – but he doesn’t miss the pressure. He had little choice in the matter, however, due to his injuries. He left Miami and returned to his hometown of L.A., where his hard-working conservative parents owned a Mexican restaurant. Thankfully he hadn’t let his success go to his head. He had stayed true to his upbringing, saving his money while he had the big paychecks rather than blowing it all. He has transitioned into coaching high school baseball, but is about to begin coaching at USC. He still hangs out with childhood friends, and they enjoy wild times together. Marco has never been in love, and with women throwing themselves at him he hasn’t ever felt compelled to settle down.

When Jane learns that her brother Marco has decided to visit her, she warns him to stay away from her friends. She knows how Marco is – he feels entitled to any woman he wants, and he is so confident and cocky that he hasn’t ever been turned down. Jane has lost friends due to Marco’s shenanigans, and she doesn’t want a repeat during his visit. She also warns her friends off Marco, explaining he isn’t capable of more than a one night stand.

When Marco and Millie meet, they feel an instant and undeniable chemistry. Marco thinks nothing of acting on his instincts despite Jane’s warning. He wants Millie, and hookups are routine for him. Millie knows that a relationship with Marco is impossible. She has never had a hookup – but she fears walking away will leave her with regrets. Their story is unconventional. Marco is the worst of players. He is obnoxious, self-centered, and insensitive. He is the hopeless and clueless player you will love to hate. Millie is vivacious and often comes across as immature. She wants to be adventurous, but lacks much real-life adventure. Her attraction to Marco forces her to dig deep because giving into his charms can only lead to heartbreak if she doesn’t guard herself. Things begin to shift when they explore San Francisco together. Marco finds himself out of his element, and little by little he begins to open up to Millie, but change doesn’t come easily. Their relationship is unconventional because Marco is only in town for a few days, and Marco doesn’t do relationships. In fact, he does so many things wrong that it is a miracle that Millie ever speaks to him again. With patience, however, Marco and Millie discover love their own way. They find a beautiful HEA! As the story ends, there is the hint of an upcoming story between Olivia and her brother’s best friend.

In Marco and Millie’s one night stand story, a hopeless player finds love with his sister’s friend. Marco’s visit can only lead to a one night stand, so Millie must decide if a broken heart is worth the risk. The story is nicely written. The plot is fairly simple but has unexpected twists and turns. The characters are nicely developed, especially Marco’s character. His redemption and transformation are remarkable feats. The story is written in first person. The POV alternates between Marco and Millie. I rate this book four stars.

As for the Audio: it is very well-performed!

I received a free advance copy of this book and audiobook and am voluntarily leaving a review.

Although not a long book, it certainly was entertaining. The story is well written and I was invested from the first to the last chapter. The narrators Laurie West and Christian Black are relatively new to me and I enjoyed their performances.

This is Marco and Millie’s story. Initially I was not too keen on Marco, he seemed too full of himself, a bit of a jerk, to be honest. I really liked Millie and it was interesting to read as Millie drew Marco out and showed him how to be a better person and to see the error of his ways.

This was a fun read that had me laughing and smiling throughout. The journey that Marco and Millie experience was bumpy but it came together in the end.

Jane Garcia's big brother, Marco, is coming to see his sister and to meet her boyfriend and boss, Tate Howard. Jane knows all about her brother's playboy ways and how women seem to fall at his feet. He's an utterly attractive man and will be the first one to tell you! Jane is worried that Marco's going to show his true player colors and break one of her friends'  heart. Jane's co-worker, Magnolia, has already found love with Jagger, and Milly, Olivia and Birdy have proclaimed themselves members of the Single Forever Club. They are tired of not having someone special in their lives, and dinner with Tate, Jane and her brother could be a new start. For one of them, definitely! Millie is dressed to kill and catches Marco's attention the minute she walks into the restaurant. Their eyes meet and it's game on with copious amounts of hilarity. She wasn't expecting that hand gripping her thigh under the table, and it's a given that he never expected to find her hand where it had gone! The texts and the self-talk between both these characters are as well done as the first two books in this series. Marco and Millie make the perfect couple, but try convincing them of it. Marco really cares about her, but he's not ready to be tied down. And Millie is navigating uncharted waters here and reminds herself that this fling is only for the weekend. As much as they try to tell themselves, and each other, that this is just temporary, that's not what their bodies, minds and hearts are saying. Millie brings out the vulnerability in Marco and, for the first time, he doesn't feel like he has to play the part of player anymore! He enjoys being able to share his story with another person who doesn't judge him by his past. Before they know it, a decision has to be made as to whether they're going to try for a future together or walk away. Sweet ending and captivating story!
Laurie West and Christian Black do a wonderful job with the many voices in this book. They give just the right voice to the character's personality and it brings the book to life!

I loved this book! The title lets you know that there will be a happy ending with no cliffhangers! Despite the title, you really get to know the characters as the "one-night-stand" does not come until about half-way through! I love the character development and this writing. Millie expresses all of the appropriate feelings and I was really able to empathize with her! Wonderful book, a MUST listen
!