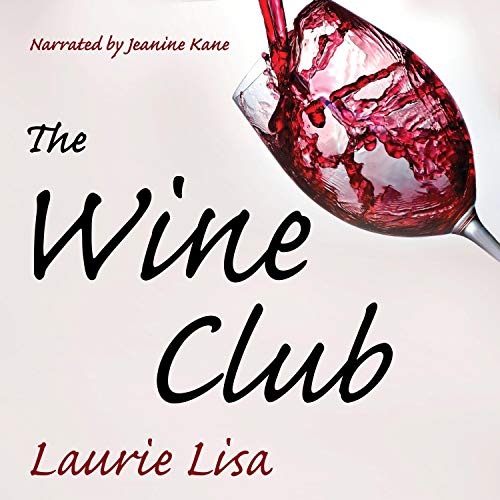 Be ready to get hooked with The Wine Club.

Most people can’t tell a good wine from a bottle of Two-Buck Chuck.

At least that’s what best friends Reggie and Audrey decide one night while celebrating their daughters’ election to the elite Mohave High Tigerette Pom Squad. But cheerleading in Scottsdale doesn’t come cheap, and both women are strapped for cash and going through a rough patch. Reggie’s husband has announced he’s gay and wants a separation. Audrey’s husband is entering rehab.

But what if they could earn money by selling cheap wine in fancy bottles? How hard could it be?

As the housewives perfect their high-stakes con, their greed and mistrust of one another grow…as does the realization that they’ve become a small team of real-life female criminals.

The Wine Club is a witty, wicked tale of crime in the Arizona suburbs. With its dark humor, twisted plot, and female protagonists who turn to a life of crime, this suspenseful women’s crime novel filled with surprising twists and turns is one you won't put down and one your book club will love.

The Wine Club is the first of Laurie Lisa's completed works of fiction to be professionally released on Amazon. Please follow Laurie on her Amazon author page to get updates on the release of her other novels.

Glad that I listened to this on Audible would have found it super boring if I had to read it. Found the ending to be unsatisfying. Noticed a few inconsistencies but nothing crazy annoying.

Just an ok read in my opinion.

Loved the storyline! The characters are well-developed, and the story is told from multiple points of view from the perspectives of each of the three main characters. Laurie Lisa lets you know from the beginning that these “housewives breaking bad,” who are scheming for funds due to financial issues, are basically setting themselves up for failure with the creation of The Wine Club. She takes her time unraveling the entire, sordid tale. The author has done a fabulous job applying her wine research. The execution of this story is flawless. I see influences in her work such as Alfred Hitchcock, who liked to tell you what was going to happen — yet still managed to keep you in suspense. I see a bit of Liane Moriarity, too, where there are women w/ challenged friendships, who share horrible secrets and whose narratives are generally laced w/ unwitting irony that adds a bit of humor for the listener/reader. There was a point where I personally wanted to interject a line (well, really, a whole chapter) from Faulkner’s “As I Lay Dying” for Audrey. You know, the one where Faulkner’s Vardaman observes, “My mother is a fish”? (When you either read or listen to this book, you’ll see where this fits!) Mostly, I just see a very unique work that’s cleverly composed, that I found extremely appreciable. The reader, Jeanine Kane, does a fabulous job distinguishing the characters, and bringing the pages to life in the Audible version! I highly recommend. Salute!

The narration was terrible. I enjoyed the writing but it would have been better to have read this book myself. The notion is far fetched but so well written.... so I kept going. The Narration was so bad though.