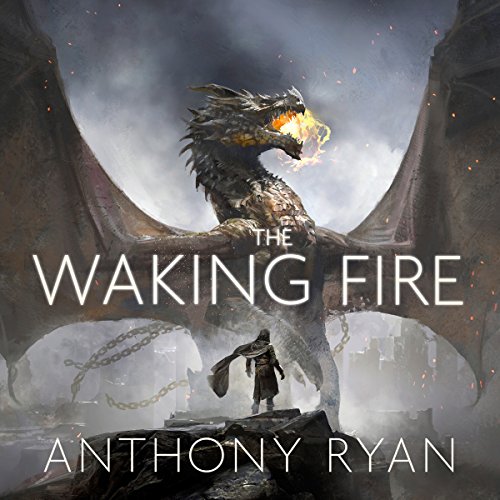 The new star of British fantasy returns with The Waking Fire, book one of the Draconis Memoria series, a thrilling new epic fantasy of exploration and adventure, spies and assassins, explosive magic and the battle for empire.

For decades the lands of the Ironship Syndicate have been defended by the 'blood blessed' - men and women able to channel the powers contained in the potent blood of wild drakes. Elite spies and assassins, their loyalty has established the Syndicate's position as the greatest power in the known world.

Yet now a crisis looms. The drake bloodlines are weakening, and war with the Corvantine Empire seems inevitable. The Syndicate's only hope of survival lies with the myth of a legendary drake whose powerful blood might just turn the tide of the war - if it even exists.

The task of hunting down this fabled creature falls to Claydon Torcreek, a petty thief and unregistered blood blessed. He's handled many valuable things in his time (most of them illegal) but nothing as priceless as his nation's future.