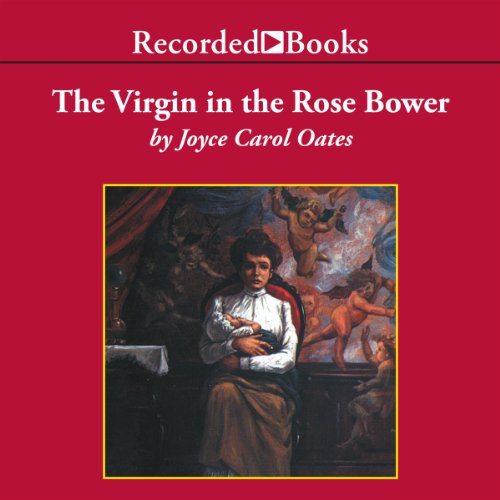 The Virgin in the Rose Bower

The Virgin in the Rose Bower

In this first part of her Gothic mystery trillogy, best-selling author Joyce Carol Oates introduces Xavier Kilgarvan, a romantic hero and amateur detective. He must discover who has murdered an innocent babe while it slept in his mother’s arms.

This turn-of-the-century tale of monstrous deeds and heart-stopping suspense will leave you eagerly looking for the next Kilgarvan case.

I had been told that Joyce Carol Oates was an excellent author and it is
true. The wonderful images that she paints with her words are breathtaking.
In this strange tell of murder and mystery, she keeps the reader engaged
and waiting for more. I will, infact, start the second book of this
trilogy immediately.

A Horror Noir Satire of the 19th Century

Where does The Virgin in the Rose Bower rank among all the audiobooks you’ve listened to so far?

The story is a twisting narrative that the reader has to piece together from implied meanings between the lines. It is not clear cut, it is a puzzle, just like the mystery at the center of the story. It's satire, as well. Oates pokes ironic fun at the social customs and bigotries of 19th Century America, and thus comments on the bigotry of today. She writes from a feminist perspective. The motives of the characters are ambiguous and deep; and are not always explained. Oates invites you to draw your own conclusions in some regards. She told me personally that Mysteries of Winterthurn is her favorite among her own works.

What does John McDonough bring to the story that you wouldn’t experience if you just read the book?

The narrator of the book is fussy, garrulous, pedantic and chauvinist. McDonough captures this voice to the "T". The narrator is unreliable. He doesn't even realize that he's telling the true story, even though he's reinforcing the ingrained misogyny, racism and class consciousness of the times. My favorite line: "Judge Kilgarvin regarded human goodness is merely an unrealized potential for evil..."

If you could rename The Virgin in the Rose Bower, what would you call it?

Babies in a Drawer

This recording made me a life-long fan of Joyce Carol Oates. She's a genius. But please note that she's sending up the Gilded-Age American society and the idiom as well. You may be off-put by the voice, which is more akin to Henry James, than to Willa Cather.

I love audio books but I could not force myself to finish this one. I even like documentaries Don't waste a credit