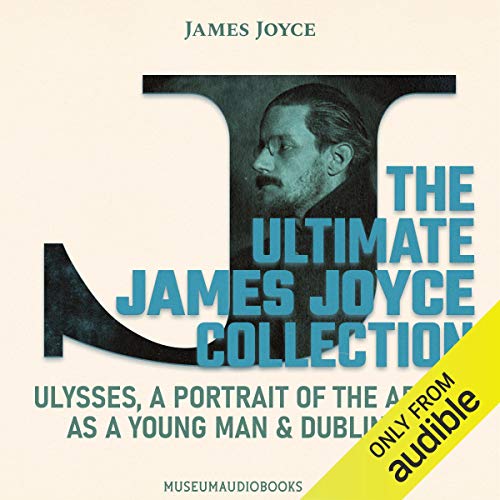 The Ultimate James Joyce Collection: Ulysses, A Portrait of the Artist as a Young Man, and Dubliners

The Ultimate James Joyce Collection comprises his works Ulysses, A Portrait of the Artist as a Young Man, and Dubliners, a collection of 15 short stories first published in 1914.

In Dubliners, 15 pictures of Irish middle-class life in and around Dublin in the early 20th century reveal the soul of the nation when the country was in search of a national identity and purpose.

An oblique self-portrait of the young James Joyce, A Portrait of the Artist as a Young Man was Joyce’s first novel. It depicts the awakening of Stephen Dedalus, who questions the Catholic and Irish conventions under which he has grown up. It is considered a masterpiece of modernist literature,

Ulysses was published in 1922. Loosely based on the hero of Homer's epic poem the Odyssey, it chronicles a day in the life of Leopold Bloom and his friends, Buck Mulligan, Stephen Dedalus, Molly Bloom, and others. Joyce uses stream-of-consciousness, earthy humor, puns, parodies, and allusions, while the narrative reflects various different styles of English literature.

Ce que les auditeurs disent de The Ultimate James Joyce Collection: Ulysses, A Portrait of the Artist as a Young Man, and Dubliners

This version did not help me with Ulysses

Ulysses is not an easy book for a reader, and this is the only comment I will make on the book. It is probably not an easy book for a narrator too. Here the narrator failed to help the reader to get through this book. If I only had this version, I would not be able to finish Ulysses. I had to switch to another audio for this book after a few chapters.