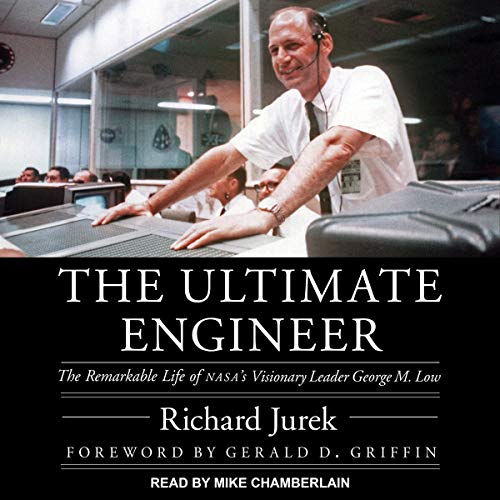 Described as the "ultimate engineer" during his career at NASA, George M. Low was a visionary architect and leader from the agency's inception in 1958 to his retirement in 1976. As chief of manned spaceflight at NASA, Low was instrumental in the Mercury, Gemini, and Apollo programs. Low's pioneering work paved the way for President Kennedy's decision to make a lunar landing NASA's primary goal in the 1960s. After the tragic 1967 Apollo 1 fire that took the lives of three astronauts and almost crippled the program, Low took charge of the redesign of the Apollo spacecraft, and he helped lead the program from disaster and toward the moon. Under Low there were five manned missions, including Apollo 11, the first manned lunar landing.

Low's clandestine negotiations with the Soviet Union resulted in a historic joint mission in 1975 that was the precursor to the Shuttle-Mir and International Space Station programs. At the end of his NASA career, Low was one of the leading figures in the development of the space shuttle in the early 1970s, and he was instrumental in NASA's transition into a post-Apollo world. Afterward, he embarked on a distinguished career in higher education as a transformational president of Rensselaer Polytechnic Institute, his alma mater.

The man behind Apollo 11 and NASA

I love books about people behind the legacy of main events in life. There is always that one person behind the scenes that have the oversight, strategic understanding, vision, passion and leadership style to galvanize the multitudes. George Low is that man and Richard Jurek brought this story to life. Five stars.

If you love all things space, you will enjoy this. However, the authors one sided portrayal of Low as god-like and super human wears thin halfway through. Still, a good book for audio.

This book gives some excellent advice

Don't assume you know everything and not ask questions. The incremental increase is the Enemy of the good. Arrogance leads to disaster. Meticulous methodology helps to avoid disasters. I have witnessed recent disasters due to hubris so advice from this book has immediacy.