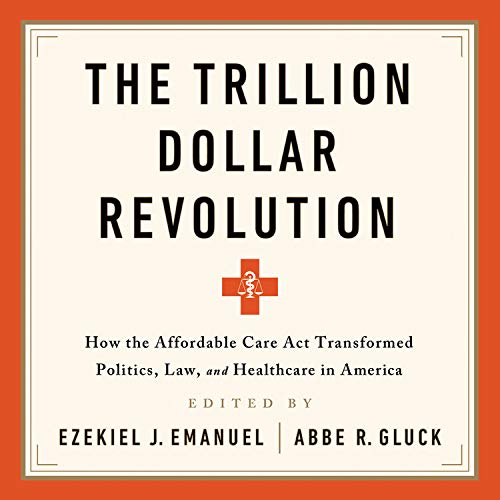 Ten years after the landmark legislation, Ezekiel Emanuel leads a crowd of experts, policy-makers, doctors, and scholars as they evaluate the Affordable Care Act's history so far.

In March 2010, the Affordable Care Act officially became one of the seminal laws determining American health care. From day one, the law was challenged in court, making it to the Supreme Court four separate times. It transformed the way a 3 trillion dollar sector of the economy behaved and brought insurance to millions of people. It spawned the Tea Party, further polarized American politics, and affected the electoral fortunes of both parties.

Ten years after the bill's passage, a constellation of experts - insiders and academics for and against the ACA - describe the momentousness of the legislation. Encompassing Democrats and Republicans, along with legal, financial, and health policy experts, the essays here offer a fascinating and revealing insight into the political fight of a generation, its consequences for health care, politics, law, the economy - and the future.

Very comprehensive review of the ACA

The book is a very comprehensive review of the ACA by different experts from different perspectives.

However, as someone who didn't know a thing about the ACA prior to reading the book, I wished more time had been devoted to explaining the healthcare landscape prior to the ACA, and what the ACA sought to achieve. There was a brief introduction at the beginning and it was eventually reinforced by the analyses in the subsequent chapters. It would however have been easier if I digested the essence of the ACA from the beginning. I understand that the book is primarily intended for readers who live in the US and so have some familiarity with the landscape. Good book.