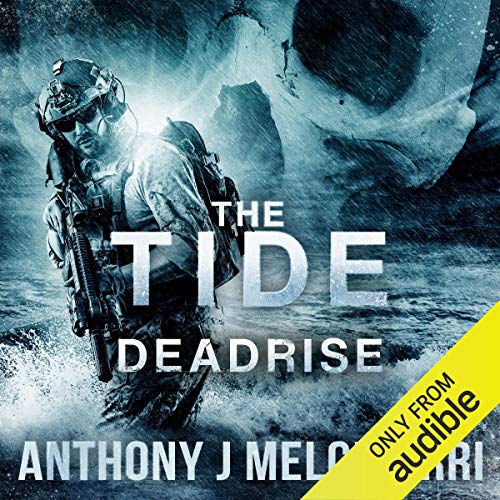 And they were left for dead.

Captain Dominic Holland's greatest weapon against the apocalypse is his ship. The Huntress is the heart of Dom's scientific research and military operations. And it has been taken. Dom must embark on a perilous mission to retake it if he stands any chance at finding the cure the world so desperately needs.

Dom's daughter, Kara, is stranded in the middle of Skull-infested Virginia. While she and a few others struggle to reunite with Dom and the Hunters, enemies more terrifying and ruthless than the Skulls emerge.

New adversaries emerge at every turn. The Hunters are running out of time and resources. They have no choice but to rise in the face of almost certain defeat and fight to save humanity from the brink of utter annihilation.

Our heroes face more dangerous monsters while running from good guys who mistakenly blame them for the disease. Basic evil humans try to take everything they can for themselves. Dom and his crew are attacked on all sides as they move ever closer to finding a vaccine and discovering who caused all of this and why. I can't wait to find the answers with them.

I truly enjoyed this latest installment to the Tide series.
If your a fan as I am you're love it

Sometimes I wonder what the heck is going through the authors mind. This book had more plot twist and WTF moments. Say that OMG this was an awesome book. never a dull moment.

What made the experience of listening to The Tide: Deadrise the most enjoyable?

Lots of action, zombies & others

What was one of the most memorable moments of The Tide: Deadrise?

I can't say for sure because I haven't finished it all yet. But all the books in this series are great.

Which character – as performed by Ryan Kennard Burke – was your favorite?

Dom is my favorite

If you like zombie movies, do you self a favor & enjoy the destruction in this series.

What did you love best about The Tide: Deadrise?

The author keeps amping the stakes.

What other book might you compare The Tide: Deadrise to and why?

What does Ryan Kennard Burke bring to the story that you wouldn’t experience if you just read the book?

A great voice that brings the story to life.

Will you survive the skulls?

Awesome AGAIN! My reviews are sounding the same BECAUSE how can you express the how amazing the writing is! I am finding myself wanting to read this series again! Thanks again Anthony!

Apparently I had forgotten to write a review of this the fourth book in The Tide series. The series continue to unfold in a consistent and enjoyable way. The focus of this installment is the Hunters' mission to take back their boat as well as to re-unite with missing family and team members.

The skulls continue to make it a slow and costly journey every step of the way.