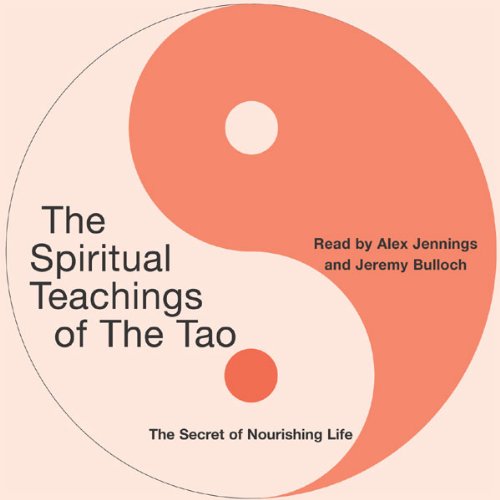 The Spiritual Teachings of the Tao

"Don't pursue fame; do only the inevitable. Don't make plans; bank on Tao."

When the ancient Chinese sages discovered the Tao, they realised in themselves its mysterious results: good heath, longevity, wisdom, harmonious contentment, and knowledge of the future.

This audiobook unveils the philosophy of the Tao, meaning the Way of Nature, which began in written form with Chuang Tzu in the 4th century BC.

Taoism is increasingly influential in the Western world, forming the basis for Chinese medicine, Feng Shui, and Tai Chi Chuan.Chuang Tzu's funny, striking, and radical fables and stories illluminate the working of the Tao, which are as relevant today as they were 2,300 years ago.

A surprisingly entertaining presentation of some core teaching of the Tao. Don't be fooled by its vibrant presentation; it is a penetrating listen.