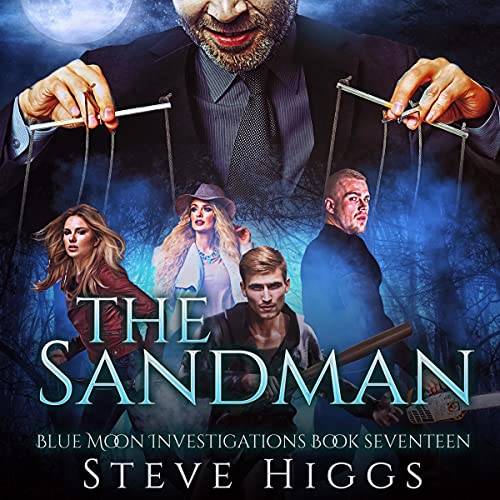 Jane is missing. Taken by a serial killed known only as the Sandman, Tempest and friends must unravel the clues to find her before night falls. Why so soon? Because that is when he kills his victims, bringing them dreams as he sings them to sleep, just like in the song. The police won’t even acknowledge the serial killer exists which leaves them on their own, sifting through Jane’s notes and piecing together fractured clues and half-baked theories in a desperate scramble to find the man at the core of this mystery.

However, the Sandman wants to be found. Jane’s investigation was getting too close, so he is using her to draw in the whole Blue Moon team. He has a game for them to play and the dice are loaded in his favour.

In their deadliest adventure yet, Tempest and friends must race against the clock to save their missing team member. Can they win? Do they even understand the rules of the game? Get ready to feel your pulse race as our heroes grit their teeth and face the dark one more time.