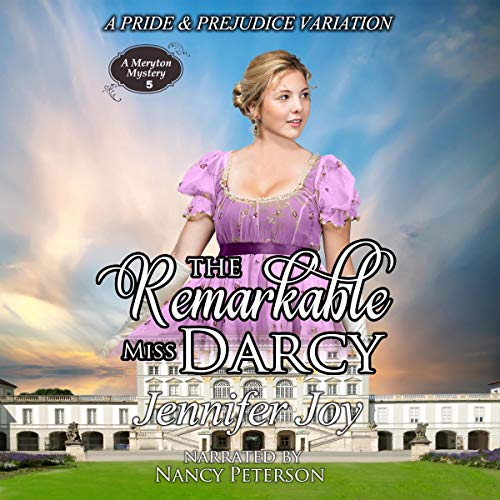 Georgiana Darcy has grown up - and she has two older brothers who take her protection so seriously, she fears she is doomed for a life of dull solitude. However, one chance encounter with a young man from her past could set her on a path of adventure and romance...if only her dear family would let her.

Michael Nelson is everything Georgiana remembers him to be: hard-working, honest, and handsome. He fills his days chasing after criminals and uniting divided families. Anything to avoid feeling the void of loneliness and his lack of family.

When Georgiana's dearest friend is kidnapped at a crowded ball, Michael and Georgiana become partners in the search to find her and restore peace to Darcy House. But before calm, there comes a storm, and their discoveries do not go unnoticed by their unknown enemy....

The Darcys face the greatest test to their family bond yet in this fifth and final book in The Meryton Mystery Series, a sweet romance-suspense variation of Jane Austen's timeless classic, Pride and Prejudice.

Jennifer Joy is so creative and magnificently talented. This book is quite a beautiful ending to the series. The heroine, Georgiana Darcy, showed how much she has grown and matured. She's brave and quite incisive. Mr. Michael Nelson, the hero, is true, kind, brave and smart enough to know how to change his views and right his perceived wrongs.