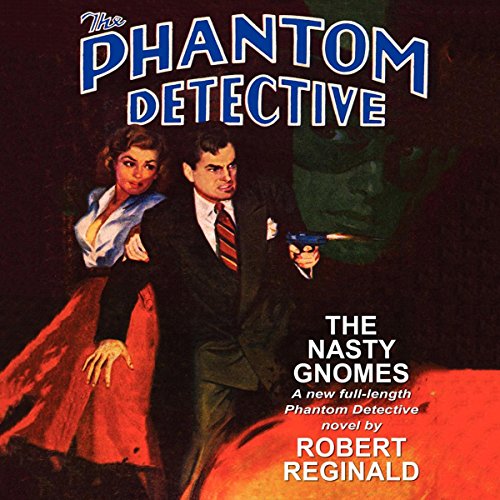 The Phantom Detective: The Nasty Gnomes

Nothing seemed to stop the little monsters. I shot a second time, wounding or killing another, and then dropped the gun to the ground. I pulled a slender blade from under my belt, and whipped it at the little men. Another couple of strikes against my legs brought me level with the filthy floor of the alley, my fine clothes being soiled by the trash of the Big City-and although I sliced and diced deeply into the bodies of several of my attackers, I knew that I was doomed to lose this particular battle in the end. There were just too many of them: they would either kill or severely injure me. Is this how The Phantom meets his end?