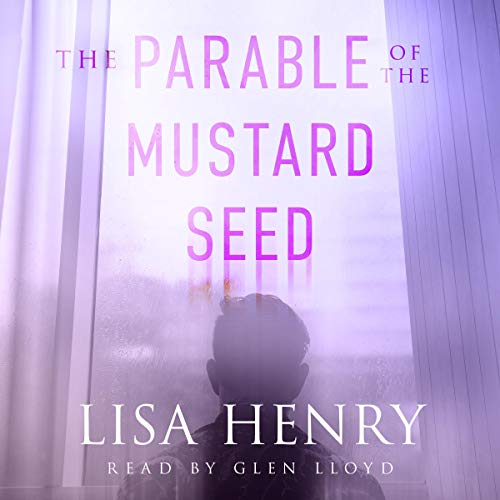 The Parable of the Mustard Seed

The past never stays buried forever.

John Faimu is an Australian-Samoan police officer who deals with hurt kids every day. He loves what he does, but he’s tired of the grind of shift work, and of trying to find a balance between his job, his family, and the young man who straddles the increasingly blurry line between both.

Caleb Fletcher was the teenager John saved from a cult eight long years ago, and he’s now the young man John wants in ways that neither of them should risk.

Eight years after his rescue, Caleb is still struggling with PTSD and self-harm. John has always been his rock, but now Caleb wants more. Can he convince John to cross a line and love him the way they both crave? And when the monsters from Caleb’s past come back seeking to silence him for good, will John’s love be enough to save him?

The Parable of the Mustard Seed is an MM gay romance featuring hurt/comfort, first times, found family, and angst with a happy ending.

Narrator Glen Lloyd delivered a unique and refreshing tale about survival and overcoming PTSD. His sweet voice smokey and Australian accent had me hooked and pulled me into the story from the start. The cadence of his voice carries a calmness to the experience, which made listening to him truly enjoyable.

John has a heart of gold and he is an honorable police officer with a soft spot for the boy he rescued years ago. Now he is friends with Caleb and his father and lines are getting blurred. Caleb is a young man now, and he wants John.

The tension and anxiety ran high, as the people who abducted Caleb years ago have him again. The character building was well rounded, and the plot was unpredictable.

I do recommend this audiobook when you want to hear something different with a beautiful HEA.

wow, what a great story. heartbreaking in parts, but well written with wonderful characters and a great narration.

Sometimes stories can take a personal turn. This one certainly did for me.

Mental health issues are frequently used as plot devices. Sometimes authors handle the subject well. Lisa Henry handled the subject skillfully and gracefully. I wish more people understood this subject as well as she obviously does. I hope everyone who reads this book gains a better understanding of the challenges faced by people who deal with issues like Caleb's. They truly are the strongest people.

The characters and the setting where beautifully constructed. I feel like I had a looking glass that showed me John's world. The way his mother's home was described left me in tears because it reminded me what life was like growing up in a crowded home full of siblings.

The story had a good resolution, but a part of me is reluctant to think this story is over. I really loved the characters.

I also enjoyed the narration, and I will certainly look for more books narrated by Glen Lloyd.