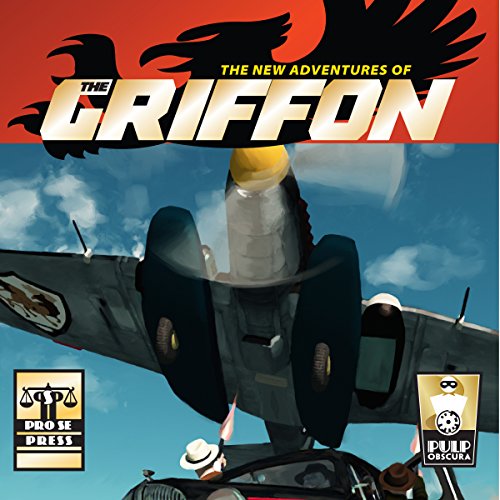 The New Adventures of the Griffon

The masked manhunter of the skies returns! Pulp Obscura, an imprint of Pro Se Productions in conjunction with Altus Press, brings yet another rare and classic pulp character back to life from pulp's golden era!

Kerry Keen is a young millionaire playboy by day to hide his nocturnal adventures as a costumed airborne crime fighter! From a secret underground hangar on his Long Island estate in the Graylands, The Griffon takes to the skies in the Black Bullet, his supercharged and heavily armed seaplane on missions of justice and vengeance! Six tales of action, excitement, mystery and amazing aerial adventure take flight in this collection from writers Van Allen Plexico, Chuck Miller, Phil Bledsoe, S. E. Dogaru, Don Thomas and R. P. Steeves! Climb into the cockpit of the Black Bullet with Kerry Keen and fly off into The New Adventures of the Griffon from Pulp Obscura!