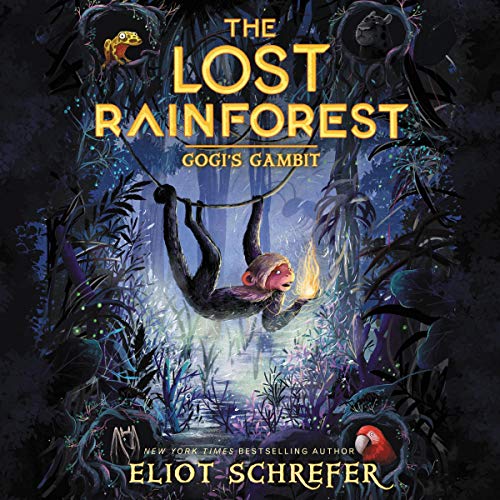 The second book in New York Times best-selling author and National Book Award finalist Eliot Schrefer’s Lost Rainforest series will thrill fans of Warriors and Spirit Animals with action and humor as the shadowwalkers battle to save their magical rainforest home.

Caldera always existed in harmony between the creatures who walk by day and those who walk by night - until an ancient evil awakened. In the year since the shadowwalkers’ narrow escape from the Ant Queen, the ants’ destruction has only spread.

Gogi, a shadowwalker monkey still learning to wield his fire powers, embarks on a quest with his friends - including a healing bat, an invisible panther, and a tree frog who controls the winds - for a powerful object that can harness the magic of the eclipse to defeat the Ant Queen.

But with just weeks before the next eclipse, Gogi must race to prove that he can control the mighty depths of his talent if he is to protect his friends, save the rainforest, and return home unsinged.