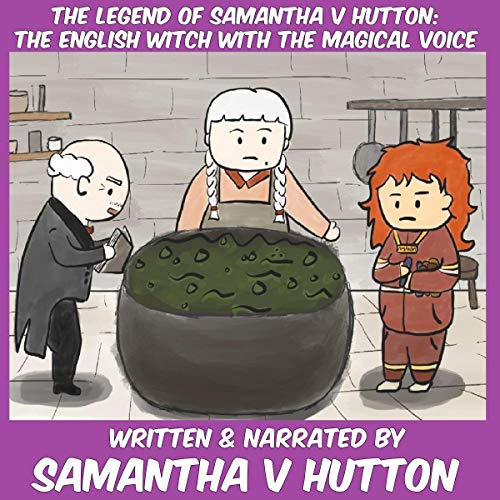 The Legend of Samantha V Hutton: The English Witch with the Magical Voice

The story of a 14th-century witch who is resurrected by the bungling staff of Goatshead Castle. However, something went unexpectedly wrong during the ritual, and Samantha V Hutton, who was once the scourge of England, returned after five centuries in limbo, deluded and very childish. She now believes herself to be the biggest celebrity the world has ever seen. And if you believe her delusions, you might just survive a visit to her home Goatshead Castle unharmed!