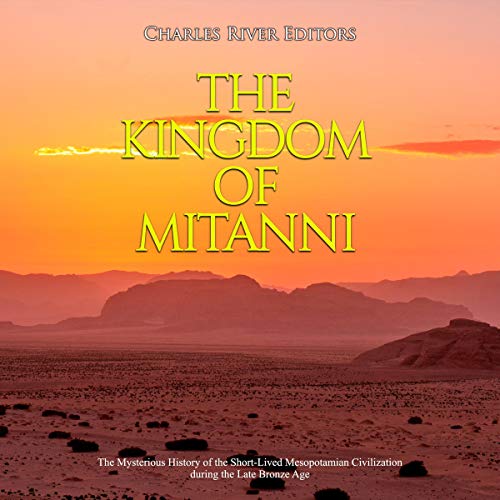 The Kingdom of Mitanni

The Kingdom of Mitanni

The Late Bronze Age Near East (c. 1500-1200 BCE) was a time and place where great kingdoms and empires vied for land and influence, playing high stakes diplomatic games, trading, and occasionally going to war with each other in the process. The Egyptians, Hittites, Babylonians, Assyrians, and several smaller Canaanite kingdoms were all part of this system, which was one of the first true “global” systems in world history and also one of the most materially prosperous eras in antiquity. The major kingdoms are well-known to most people, but among them, for about 150 years, was another great kingdom that is often overlooked or forgotten.

When scholars study the history of the ancient Near East, several wars that had extremely brutal consequences (at least by modern standards) often stand out. Forced removal of entire populations, sieges that decimated entire cities, and wanton destruction of property were all tactics used by the various peoples of the ancient Near East against each other, but the Assyrians were the first people to make war a science. When the Assyrians are mentioned, images of war and brutality are among the first that come to mind, despite the fact that their culture prospered for nearly 2,000 years. The Assyrians, like their other neighbors in Mesopotamia, were literate and developed their own dialect of the Akkadian language that they used to write tens of thousands of documents in the cuneiform script (Kuhrt 2010, 1:84). Furthermore, the Assyrians prospered for so long that their culture is often broken down by historians into the “Old,” “Middle,” and “Neo” Assyrian periods, even though the Assyrians themselves viewed their history as a long succession of rulers from an archaic period until the collapse of the neo-Assyrian Empire in the 7th century BCE. In fact, the current divisions have been made by modern scholars based on linguistic changes, not on political dynasties (van de Mieroop 2007, 179).

One of the successor states that bridged the gap between the Old Assyrian Empire and Middle Assyrian Empire was the Kingdom of Mitanni, which remains somewhat of an enigma to modern scholars and has therefore so far failed to gain the attention of wider, popular audiences. However, while it existed, Mitanni affected the course of history in the Near East just as much as any of the other major kingdoms, and there is little doubt that the kingdom was just as powerful and technologically advanced as its peers during its apex.

The kingdom had a number of unique features in the region. The ethnic composition of Mitanni is relatively well-known, but the background of the rulers remains a source of debate. The physical extent of the empire is also another problem historians face because the capital has never been positively identified and details of the nature of the Mitanni government remain in question. Furthermore, since few monumental structures have been uncovered, details about Mitanni religion and court life are mostly unknown.

Thankfully, many of the Mitanni’s contemporaries kept detailed records, and thanks to Egyptian, Hittite, and Assyrian historical annals, along with Hurrian and Akkadian-Mitanni administrative and legal texts, a picture of this brief Bronze Age empire can be painted. The Mitanni kingdom sprung from the Hurrian people to rule over the disparate Canaanites of the northern Levant, but within a few short generations its powerful neighbors to the west and east had obliterated it and all but erased its memory from history.