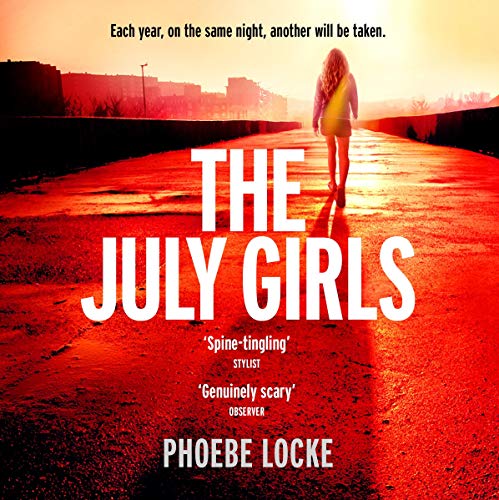 Each year, on the same night in July, a woman is taken from the streets of London. Gone without a trace; snatched by a killer who moves through the city like a ghost.

Lex's wife is missing. She left for work on the morning of the July 7th bombings, and no one's seen her since. But was Olivia really among the attack victims? Or did she meet a different fate, like three other women on July nights before?

Addie has a secret. On the night of the bombings, her dad came home covered in blood. At first she thought he was hurt in the attacks - and then her big sister Jessie found a woman's purse hidden in his room. The name on the driver's license? Olivia.

Jessie says she wants to help. That's why she's taken a job as a nanny at Lex's house, looking after his baby. But she's keeping quiet about what she and Addie know. And she's getting a little too comfortable living Olivia's life....

"What a creepy and compelling debut - fantastic!" (Fiona Cummins, author of Rattle)

"So creepy and chilling. Loved it!" (Laura Marshall, author of Friend Request)