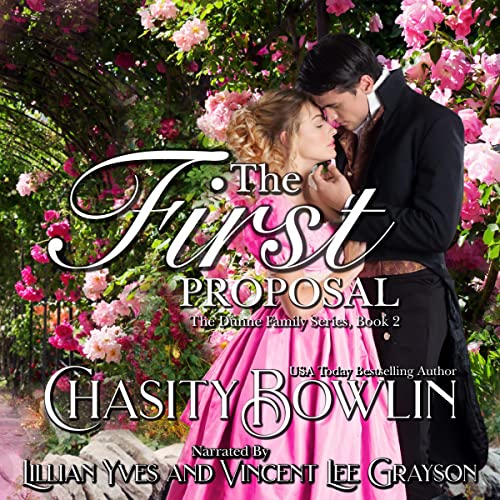 It was a blow to Persephone “Percy” Blake’s vanity to discover that she’d somehow become a spinster aunt. It’s certainly not what she set out to be. She had just been working away in her father’s library, cataloging historical documents. Then one day she looked up to find that 10 years had passed and she was firmly on the shelf. Now, with the recent passing of her father, the country estate and the library are long gone. She’s living as a poor relation on the less than freely given charity of her sister and acting as a de facto governess for her nieces and nephews. A more ungrateful, spoiled and thoroughly rotten bunch has never existed!

And then it happens. Her nephew’s kite, which she told him not to fly, becomes tangled in the limbs of a tree next door. It’s either retrieve it at the cost of her own dignity or face her sister’s wrath for not properly supervising her charges as, after all, it’s the least she can do in exchange for room and board. Percy climbs the fence and finds herself in a wonderland of lush booms.

Alone in this house since his sister’s recent marriage, Algernon Dunne is bored. So bored that he’s taken up gardening in order to pass his time. After all, there’s only so much brandy a man can consume in a given day without feeling wretched for it. And he’s found that despite the tame nature of his new hobby, there’s something satisfying in cultivating the perfect bloom. It’s teaching him patience and also the one thing he’s always been missing in his life… humility. Nature might bow to him, after all, but only on her own terms. Gardening has brought him clarity and peace.

That is until a ranting, cursing, fireball of a woman comes over his garden wall in a cascade of pink skirts and sends them both tumbling to the ground. One look at her lovely brown eyes and her kissable lips, and Algernon is well and truly sunk. Now he just has to convince her that love at first sight can apply to much more than just his garden… and sometimes The First Proposal is the only one a woman really needs.

As always a wonderful story with humor, loving and honesty. A Cinderella story with evil jealous sister who wanted to steal any happiness from her kind gracious sister. Chasity’s books always leave a warm tingle Happy Reading

Percy Blake went over the wall, so to speak, but what choice did she have, it was either that or face her shrew of a sisters wrath. What she least expected was to land on Algernon Dunne! Handsome, eligible, irritated and captivated Algernon Dunne! What’s that old song, oh yes, “Just One Look, That’s All It Took”! Truer words were never spoken. Algernon Dunne was DONE! The First Proposal is a first class Regency Romance, delightfully written and brilliantly narrated! I loved it! The plot was so clever! Now, I am a lover of hijinks and no spoilers here, but what this cast of characters got up to in the resolution of this one had me howling and fist pumping! What made it all the more special was the narration. The voicing choices, the full range of emotion, the snark, oh my the snark in the banter of a certain few characters, again, no spoilers, I am still wiping away tears from the laughter. THIS is what marvelous narration does to me! This one is a smack dab five star winner for both story and narration. I loved it!

a fair deal in the end

I enjoyed seeing Dunne become less stiff and stuffy due to love. Percy's sister and heathen children were despicable abusers. I enjoyed seeing her get her just deserts. I liked that Burke got a few well deserved kicks in on Dunne. A bit of payback for Olivia. Enjoyable. I voluntarily listened to a free copy of this and am giving an honest review. The narrators did a great job bringing the characters and story to life.

Full of humor, full of drama and definitely full of romance. A very enjoyable book. The narrators did a wonderful job of breading the life in to a story.

PS I was given this review copy audiobook at my request and have voluntarily left this review.

Loved book number one; it was sweet. This book has a unique story line and I absolutely loved it. It is short and gets to the point quickly. Love it. Can’t wait for number 3!

This was such a fabulous story and audio!