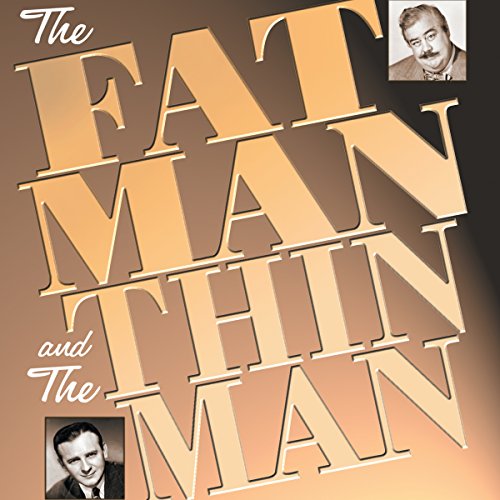 The Fat Man and the Thin Man

J. Scott Smart stars as the Fat Man, Brad Runyon, the stout but stalwart investigator who was first conceived as an archvillain in Hammett's classic novel The Maltese Falcon. Charismatic and captivating, Runyon has a way with the ladies, in spite of his 237 pounds.

Nick Charles, the Thin Man, was played on radio by William Powell, Les Damon, and Les Tremayne. Cases seem to fall in to Nick's lap...often dropped there by his wife, Nora (played by Myrna Loy and Claudia Morgan). This sophisticated married couple share as many laughs as thrills in this highly enjoyable show.