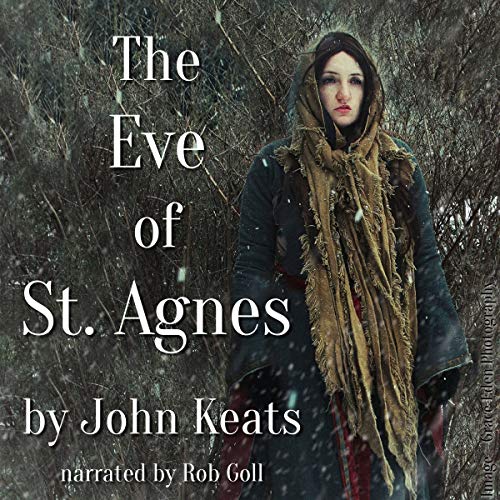 The Eve of St. Agnes

John Keats (1795-1821) was one of the foremost English Romantic poets. Despite his early death from tuberculosis at the age of 25 he had a considerable poetic output, the majority of his best known works being written in the year 1819.

"The Eve of St. Agnes" was written in January 1819 and first published in 1820. It is a Romantic Narrative poem written in 42 Spenserian stanzas.

Keats based his poem on the superstition that a girl could see her future husband in a dream if she performed certain rites on the eve of the feast of St. Agnes (the patron saint of virgins who died a martyr in 4th century Rome.) The eve falls on January 20th; the feast day on the 21st.